The Assad regime has fired rockets equipped with cluster bombs at a popular market in the city of Saraqeb, killing and wounding civilians reports Hurriya Press. 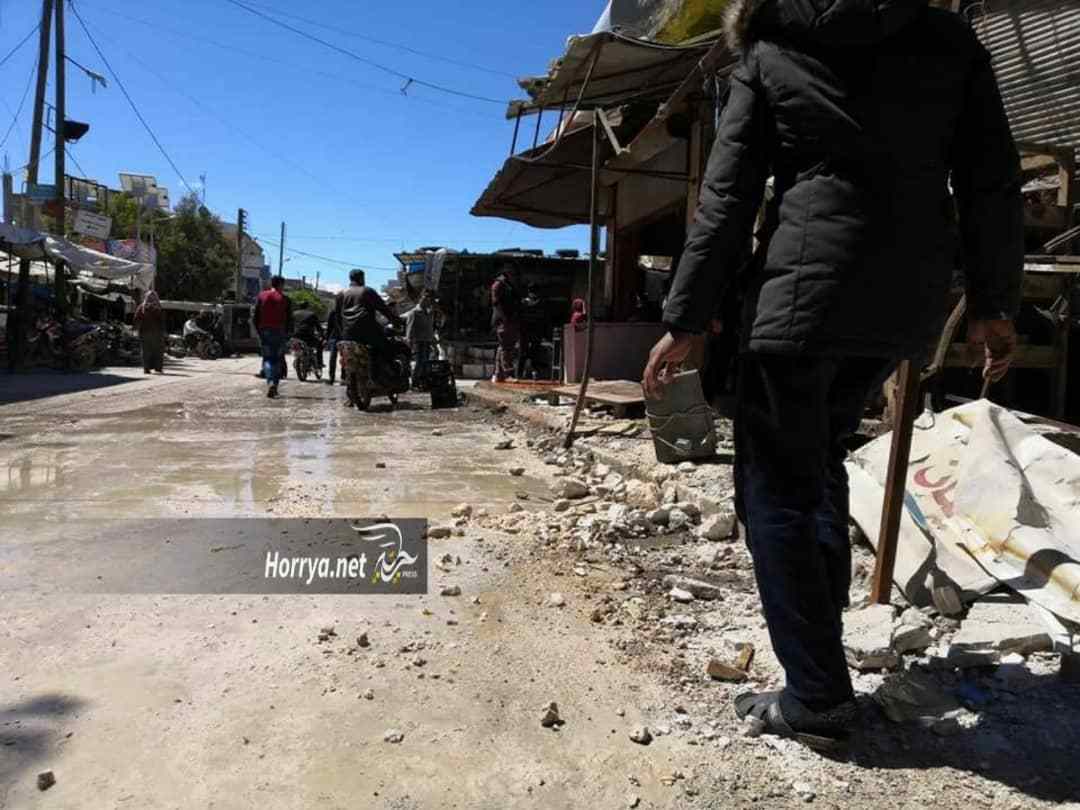 Some civilians were killed and others wounded on Monday as a result of artillery and rocket fire from Assad’s forces on the city of Saraqeb east of Idleb.

The Hurriya Press correspondent in Idleb reported that Assad’s forces stationed at the Abou al-Dahour military airbase used rockets equipped with cluster bombs to strike a popular market in central Saraqeb, which killed two people and wounded a number of others.

The correspondent said that the bombardment inflicted heavy material damage on shops and stores in the market, adding that the Civil Defense team had hurried to the location of the bombardment and worked to transport the dead and wounded to medical points in the city.

The pace of bombardment on Idleb by the Assad regime and its Russian ally has recently increased, despite Turkey’s announcement that it is running patrols in the area. Saraqeb and most of the southern and eastern Idleb countryside has been subjected to continuous bombardment by regime checkpoints in the area.

In a related development, Russian war planes carried out air raids on the towns of Maarat al-Artiq and Kafr Hamrah in the northern Aleppo countryside. The damage was only material, while pro-regime pages said that the raids struck armed “terrorist” groups and damaged weapons stores.

The liberated areas of northern Syria are subject to repeated rocket and artillery bombardment by regime forces and Russia, killing and wounding civilians, despite these areas being included in the Turkish-Russian agreement which was supposed to bring a full halt to the bombardments.