Women and children were wounded when Russian rockets, fired from warships in the Mediterranean, hit targets in Idleb province reports Hurriya Press. 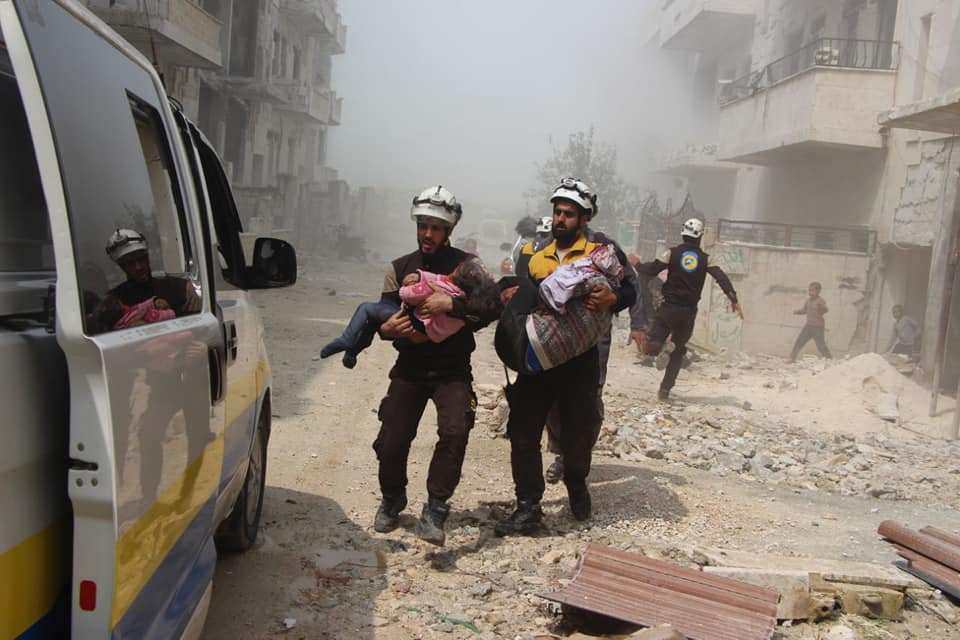 On Monday, a number of civilians were wounded when long-range  rockets struck Idelb province, which were thought to have been launched by Russian warships in the Mediterranean Sea.

Hurriya Press’s correspondent said that rockets hit the city of Jisr al-Shughour in western Idleb province, wounding 12 civilians, including 10 children and a woman, and destroying a large amount of civilian property and infrastructure.

The Syrian Civil Defense Forces responded to the attack, treating the wounded and inspecting the damage.

Assad regime forces also used rocket launchers to strike civilian homes in the towns of al-Tah and Tahtaya in southern Idleb, while the Kafranbl educational association suspended shifts at its schools as a result of the escalating breaches by the Assad regime in the de-escalation zone.

Previously on Dec. 31, 2018, a child was wounded by warships of the Russian occupation in the village of Kasriya, near Jisr al-Shughour, despite the entire area being part of the Sochi agreement.

The areas struck by Assad’s forces lie within the de-escalation zone, which Russia and Turkey agreed upon last September, but Assad’s forces and their Russian ally have not abided by the treaty, and have continued to bombard the area over the last two months, killing and wounding hundreds of civilians, in addition to destroying dozens of service facilities.