Assad forces targeted a school in the village of al-Sheikh Idriss, east of Idleb, killing two and wounding five others reports Hurriya Press. 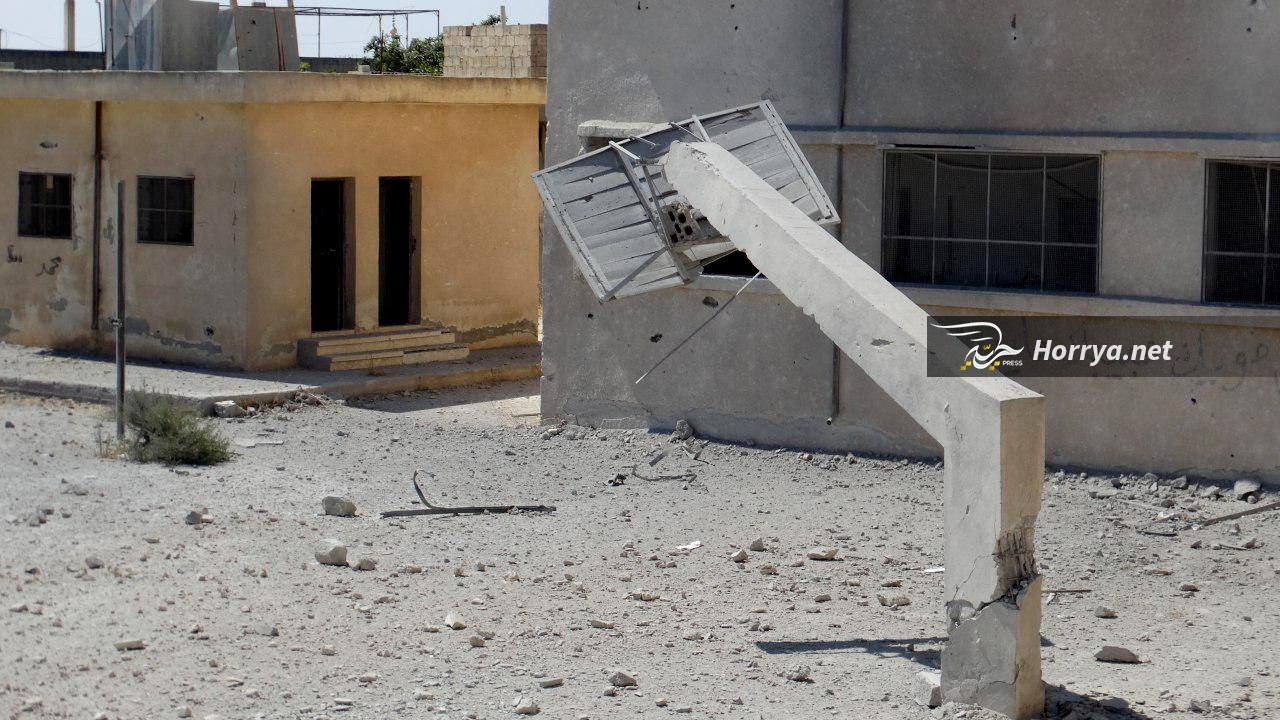 On Tuesday, Assad’s forces struck a school in the village of al-Sheikh Idriss, east of Idleb, with heavy artillery, killing and wounding students.

Hurriya Press’s correspondent in Idleb said that according to the preliminary death toll, two children were killed when Assad’s forces stationed in the Abou al-Dahour area struck a school compound in the village during class hours. The attack also wounded five others.

The correspondent added that the artillery bombardment was focused on the main school square, while students were there, and that Civil Defense teams headed directly to the site of the bombardment to transport dead and wounded to medical centers.

Idleb province and the Hama countryside have, since the start of this year, been subjected to bombardments by Assad’s forces, which have killed hundreds of civilians, according to the Civil Defense team’s documentation, as well as displacing many residents in the targeted areas.

Assad’s forces and the militias supporting them have disobeyed the “demilitarized” zone agreement on a daily basis, despite Turkish observation points being deployed on the front lines with the regime in the Aleppo, Idleb and Hama countrysides, with the buffer zone subjected to systematic and heavy bombardment.

Turkey reached a deal with Russia on Sept. 17, 2018, that covered the establishment of the demilitarized zone between the opposition and regime-controlled areas in Idleb, in addition to pulling heavy weapons out of the agreed-upon area.