The bakery in Jisr al-Shaghour served 50,000 people a day and was a vital lifeline for the area’s residents reports Hurriya Press. 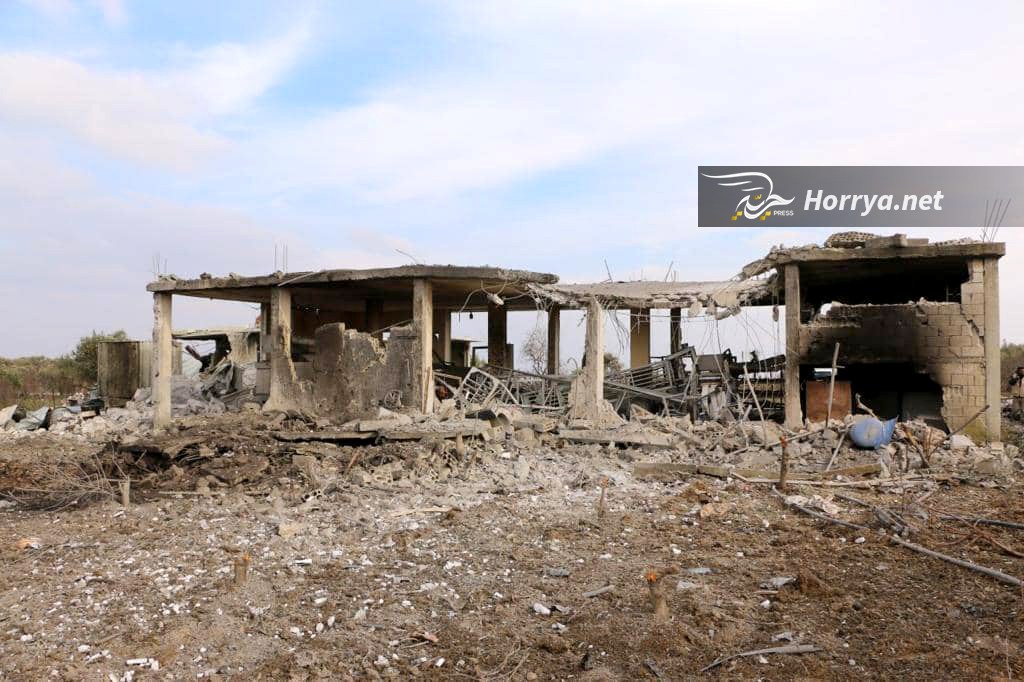 On Sunday, Russian warplanes hit a bakery on the outskirts of the town of al-Janoudiyeh in the western Idleb countryside. The airstrike will deprive thousands of people of the bread, which the bakery had been providing to area’s residents and people displaced from other Syrian areas.

Zaki Gharibi, the manager of the bakery, which is part of the Ataa Association, told Hurriya Press that, “Russian warplanes hit the bakery on Sunday morning with several airstrikes which resulted in its complete destruction and wounded workers there—some of them severely.”

Gharibi added that, “The bakery has been there for five years and serves about 50,000 people, most of them displaced, poor, and residents of the camps, as well as the bakery staff, for whom working at this bakery was their primary livelihood. There are about 20 workers”

Abou Mohamed, a displaced person in the town of al-Janoudiyeh, said that, “the destruction of the bakery will create a major crisis for the area’s residents, foremost the displaced people, who were the first beneficiaries of the bakery’s service.” He called on support organizations and agencies to find a solution by repairing the bakery or building a new one.

This is not the first time that the Assad regime and its allies have struck infrastructure and service institutes in Syria. They have carried out a number of massacres at the doors of bakeries in various parts of Syria—in Aleppo, Hama, Deir ez-Zor, and other provinces, depriving residents of their means of life. Attacks on bakeries have become so common that they are considered to be one of the most dangerous areas.

The Assad regime has put the same pressure on southern Syria, but in another form. A bread crisis in Daraa province has continued since the Assad regime took it over and imposed its control on the bakeries and mills, forcing resident to humiliate themselves in order to obtain bread.

Many opposition-held areas in Syria have been subjected to continuous pressure by the Assad regime and its allies, either through its criminal practices on the ground or through their aerial bombardment of the areas, using various forms of weapons, which has killed and wounded a large number of people.

Russian warplanes have repeatedly violated the demilitarized zone agreement struck between the Turkish guarantor and the Russians in the Russian city of Sochi, which called for the establishment of a demilitarized zone in northern Syria. However, neither side has commented on the violations and the crimes carried out against civilians in the area.