Following the announced withdrawal of US forces from Syria, Presidents Trump and Erdogan spoke to discuss the establishment of a safe zone and the protection of the Kurdish people reports Anadolu Agency. 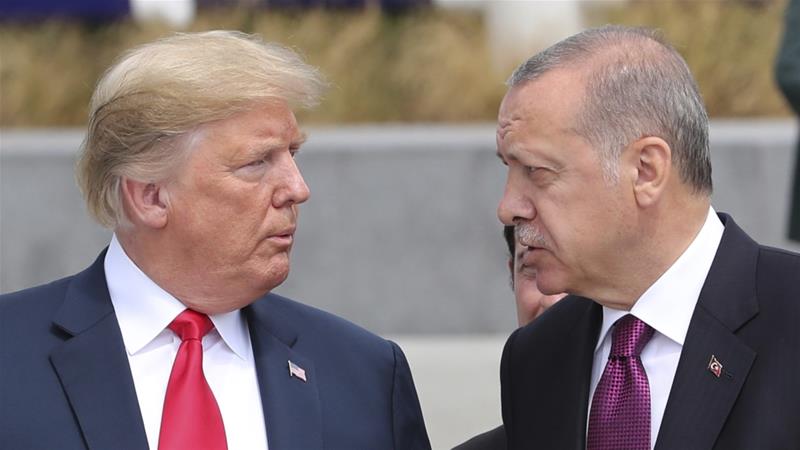 In a phone call this week, the US President reaffirmed his decision to pullout of Syria, as well as a 32-kilometer (20-mile) safe zone in Syria to be established by Turkey, said Turkey’s president on Tuesday.

Recep Tayyip Erdogan made the remarks in an address to lawmakers of his Justice and Development (AK) Party in the capital Ankara.

On Monday, Erdogan held a phone call with US President Donald Trump, discussing the idea of a terror-free safe zone in northern Syria.

Erdogan said he told Trump that Turkey embraces all people in Syria without discrimination.

“We also told him that the PKK/YPG tortures the groups in Syria that do not depend on them. We also said that we have given all documents on this issue to his advisers,” Erdogan said.

He added that the two presidents agreed to increase the Turkish-US trade volume to 75 billion dollars.

The phone call came after Trump threatened to “devastate Turkey’s economy if they hit the Kurds,” conflating “Kurds” with the terrorist PKK/YPG, a conflation that Turkey has repeatedly criticized.

Turkey has dealt a heavy blow to the terrorist PKK/YPG in Afrin, and it will soon move to eliminate terrorist groups east of the Euphrates River, Erdogan added.

Following the surprise announcement in December that US forces would leave Syria, US officials said the withdrawal was conditional on Turkey not attacking the “Kurds,” meaning the terrorist PKK/YPG.

Turkish officials blasted the US conflation of “Kurds” with the terror group, saying an expected Turkish operation in Syria will target a terrorist group which threatens Arabs, Turkmens, and Kurds in Syria alike.