The latest report by the Syrian Observatory of Human Right offers a grim picture of Syria. 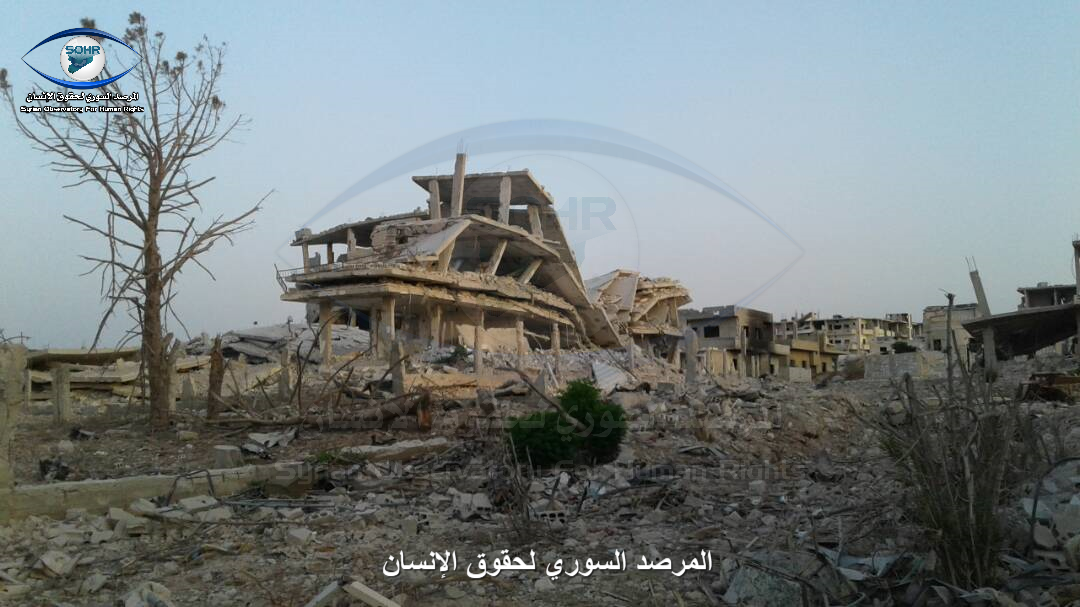 The Syrian Observatory for Human Rights issued a statistical report on the number of Syrian victims on the occasion of World Human Rights Day on Dec. 10, 2018. The statistics showed that 560,000 people have been killed since March 2011, including civilians, soldiers, rebel fighters, and martyrs who died under torture in the regime prisons.

The Observatory said in its report, “Over 93 months and hundreds of days, Syrians have been crushed between the jaws of death, with each day declaring a decrease in their numbers, and the great disaster that has befallen them, on their land, with both Syrian and non-Syrian dead.” It added, “Syrian citizens have turned, from one thing to another. From people calling for their freedom and dignity and for principles, such as democracy and justice and equality, into fighters and warriors in a major battle, in which everyone displays their rifles and shoots their traditional and non-traditional weapons to kill and displace and expel and destroy the past and present of the country and its people. A halo of uncertainty surrounds the future of these citizens.”

The Observatory documented in its report the deaths of 104,000 Syrians under torture in the regime’s prisons, stating that 83 percent were executed inside these prisons between May 2013 and October 2015, when 30,000 were killed in Saydnaya prison alone, according to the Observatory.

The Observatory—according to its report—was able to document the deaths of 367,965 people on Syrian territory since the start of the Syrian revolution in March 2011, until today, Dec. 10, 2018. The number of Syrian civilians who were killed stood at 111,330, including 20,819 children and 13,084 women. The Observatory also documented the deaths of 63,561 Syrian fighters in the opposition ranks (and the Syrian Democratic Forces) and Islamist brigades.

The Observatory documented the deaths of 65,048 members of the regime army, while 50,296 members of pro-regime militias had been killed. The number of Hezbollah militia members killed was 1,675, while the number of non-Syrian members of Shia militias killed was 8,049. The report also documented the deaths of 65,108 non-Syrians who were part of Hayyat Tahrir al-Sham and the Islamic State (ISIS), as well as other Islamist groups.

As for the groups carrying out the violations, the Observatory said, “The human toll at the hands of the regime army and allied militias has reached 43,575 civilians, in addition to the deaths of 25,581 civilians killed by warplanes and helicopters. With airstrikes and rocket attacks, Russia has killed 7,988 civilians, while the International Coalition has killed 3,709 civilians with airstrikes. During its bombardments inside Syria, Turkey killed 836 civilians, and 415 Syrians have been killed by Turkish border guards.”

Regarding the number of wounded in Syria, the Observatory said that, “The ongoing military operations, bombardments and explosions have resulted in more than 2 million Syrians being wounded to varying degrees and suffering permanent disabilities. About 12 million have been displaced, including hundreds of thousands of women and children.”