The mother of young girl filed a petition for custody of her daughter after her father died reports Al-Araby al-Jadeed. 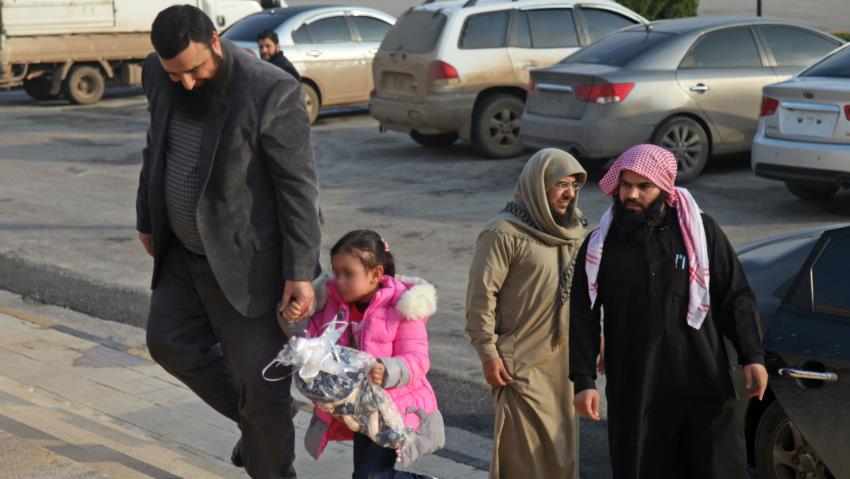 On Monday, a rebel administration in Syria’s last major insurgent stronghold of Idleb handed over a four-year-old girl to her Belgian mother after a custody dispute following her father’s death.

An AFP journalist saw the tiny girl named Yasmine, dressed in a bright pink coat and clutching a gift-wrapped teddy bear, being led to the Turkish border to meet her mother.

Her handover was overseen by the civilian branch of the powerful Hayat Tahrir al-Sham alliance, which is led by the jihadists of Syria’s former al-Qaeda affiliate.

“Yasmine was handed over today to her Belgian mother Hajer after the dispute between those who were her guardians here and her mother was solved,” Fawaz Hilal, head of the administration, told AFP.

“There was communication with the Turkish side to hand over the girl to her mother who was in Turkey,” he said.

Ibrahim Shasho, another member of the rebel administration, said the mother “filed a petition for custody of her daughter after her father died”.

The father’s “friends” had looked after Yasmine since his death and insisted she remain in their care, Shasho said, without providing any further details on their identity.

“The Hayat Tahrir al-Sham judiciary looked into the case and found in favour of the mother,” added the bearded man, who brought the wide-eyed child into a press conference to have her photo taken.

The officials did not say whether the child’s father was a fighter, or to what armed group he might have belonged.

There was no immediate information from the Belgian or Turkish authorities.

Hayat Tahrir al-Sham controls more than half of Idleb province, but other jihadists including the al-Qaeda-linked Hurras al-Deen group are also present in the northwestern region bordering Turkey.