The road linking Idlib to Hama has been reopened, which will facilitate the objective of reopening the Aleppo-Damascus motorway, Baladi News says 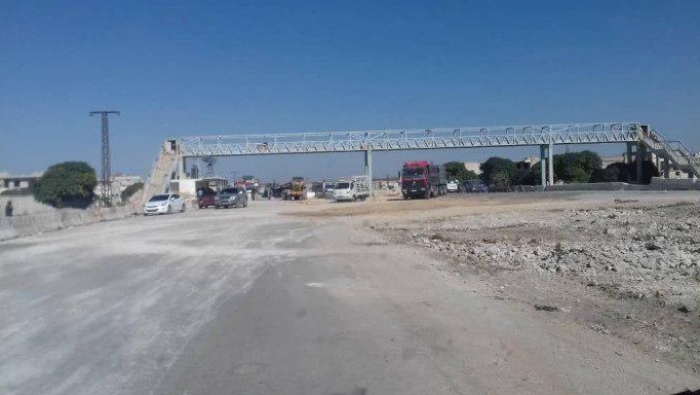 The Hama International Highway (the Murak crossing) has returned to activity and has been reopened to travelers between the liberated areas of northern Syria and the areas which are controlled by regime forces after they had been officially closed for about a week.

Baladi News’s correspondent in Hama, Ahmed al-Ali, said that the Hama road had returned to its previous activity two days after it was closed, and that the reasons were related to the agreement to restore the route between the Russian and Turkish sides.

Our correspondent added that the Russian military police in cooperation with the Assad regime’s customs police were overseeing the crossing from the regime side, while the liberated side was overseen by Hayyt Tahrir al-Sham. There has been no Turkish army presence recorded at the crossing so far.

The crossing’s reopening came, after it was closed for more than three months, based on the eighth item of the Sochi agreement signed by the Turkish and Russian sides in September, which stipulated the opening of the two international roads (Aleppo-Damascus, Aleppo-Latakia), also named M4 and M5.

The Russian police had last August closed the Qalaat al-Madiq and Murak crossings in the Hama countryside, coinciding with Assad regime reinforcements arriving to the area. Russian police removed the so-called “Fourth Security Bureau” of the Iranian Revolutionary Guard from overseeing the two crossings and put Russian and Chechen military police along with regime police there.