After being denied entry to a number of countries, Hassan al-Kontar has been arrested and it is believed he will be returned to Syria reports Asharq al-Awsat. 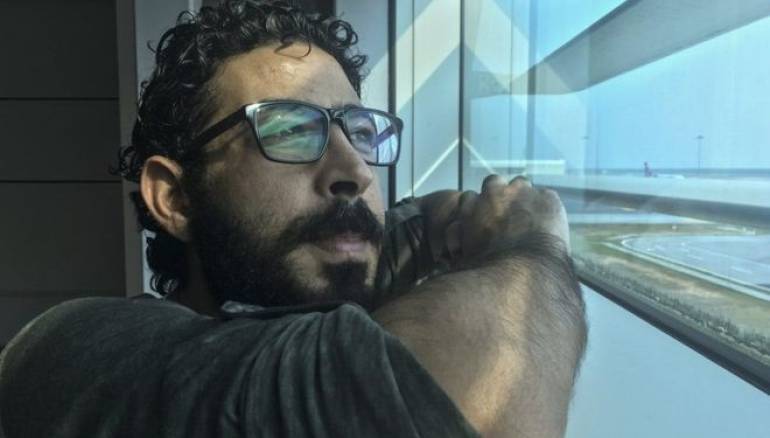 A Syrian man has been arrested after almost seven months stranded in a Malaysian airport, an official said Tuesday, in a bizarre saga that drew comparisons with hit movie "The Terminal".

Hassan al-Kontar had been stuck at the budget terminal of Kuala Lumpur International Airport since Mar. 7, 2018, when officials refused to let him board a flight to Ecuador.

Kontar, reportedly sought by authorities in his homeland for failing to serve in the military, was also refused entry into Cambodia and not allowed back into Malaysia due to visa issues.

The 36-year-old was left stranded in the terminal, surviving on donated airline meals and washing in the toilets.

He made repeated appeals in a series of YouTube videos, lamenting that rights groups had refused him help and no one would take him in.

But Malaysian immigration chief Mustafar Ali said that police had finally decided to arrest Kontar and remove him from the airport Monday, as his posts — which were garnering growing media attention — had embarrassed Malaysia.

“[He] was arrested yesterday because he was in a restricted area without a boarding pass."

He added that the Syrian national would be "referred to the immigration department" after police were finished with their questioning.

"We will then communicate with the Syrian embassy to facilitate deportation to his home country."

Kontar's case is reminiscent of the 2004 film "The Terminal," in which Tom Hanks plays a man who finds himself stuck in a New York airport after his government collapses, rendering his papers useless.

Kontar had been working in insurance in the United Arab Emirates when war broke out in Syria in 2011.

He couldn't renew his passport because he had not completed military service at home, but he didn't want to return, fearing he would be arrested or made to join the military.

So he stayed on illegally in the UAE, but was arrested in 2016.

In 2017 he managed to get a new passport, but was eventually deported to Malaysia. It is one of the few countries in the world which grants Syrians visa-free entry on arrival. He was given a three-month tourist visa.

When that expired he tried to go to Turkey but was refused boarding. He went to Cambodia but was sent back, and has since been living in the tiny arrivals area of the budget airport, living off food donated by airline staff.

The 36-year-old from Suweida, south of Damascus, had applied for asylum in Ecuador and Cambodia, but his bids were unsuccessful.