The peaceful demonstrations that took place across northern Syria called for the fall of the Assad regime writes Ana Press. 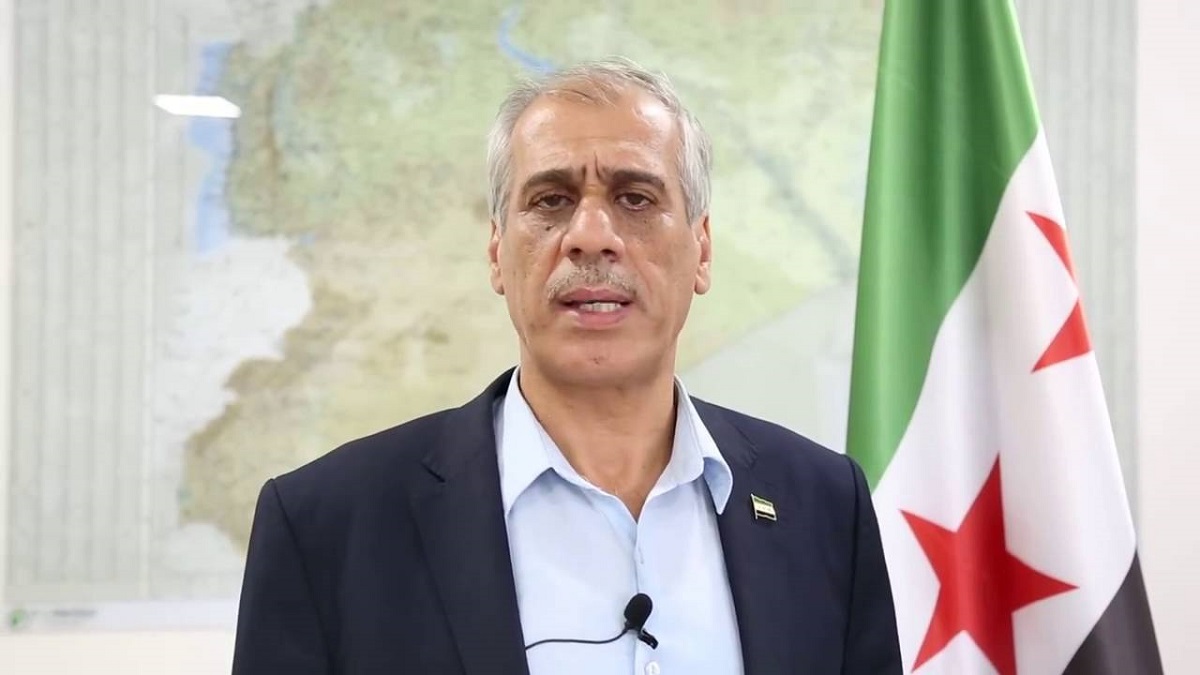 Activists on social media have criticized images published by the Syrian Interim Government’s official Facebook page which showed Prime Minister, Jawad Abou Hatab accompanying fighters in military uniform, during a demonstration in the city of Meraa on Friday.

Syrian researcher Ayham Maqdissi said that the protests demonstrated the desire of the Syrian people to achieve their demands and said that these protests could not be distorted and attention should not be paid to that which aims to distract from their goals, such as the presence of some independents or those who aimed to show themselves as leaders of the popular mobilization which occurred in Idleb and the Aleppo countryside.

He continued: “This mobilization was led by the people and not a commander of any one faction or the Prime Minister or such. The people in Idleb and Aleppo were the ones who organized the demonstrations and they are the ones who raised their slogans. No one can claim that they have authority over the people, even a prime minister.”

Activist Bilal al-Badr said: “The calls which were put out by activists had stressed peaceful demonstrations. The revolution started out peacefully and continued to be peaceful, even if the regime inflicted violence and forced some revolutionaries to bear arms in self defense. Today, in liberated areas there is no need for demonstrations that display militarism.”

He believed: “The Prime Minister of the Interim Government gave a negative image of the peaceful mobilization, which has begun to gradually return to Syria … This is a mistake and I do not know what messages Abou Hatab intended to send with it.”

In his response to the criticisms, the Prime Minister of the Interim Government said in a phone call with Ana Press that: “These criticisms are unjustified exaggerations. The government has given martyrs and had people kidnapped amid total silence from the media, and no one can claim to be above them in terms of patriotism.”

He added that all those on the ground and outside Syria, who were criticizing the work of the government, were with the Assad regime, and those who lived outside the borders and didn’t dare go into Syria had no right to criticize what was occurring on the ground.

The protests which broke out last Friday in more than 102 places in northern Syria were united by the slogan “no alternative but the downfall of the regime” and included Idleb city and its countryside, as well as the Hama, Lattakia and Aleppo countrysides, stressing the “continuation of the peaceful movement calling for freedom” and for “the downfall of the Assad regime.”