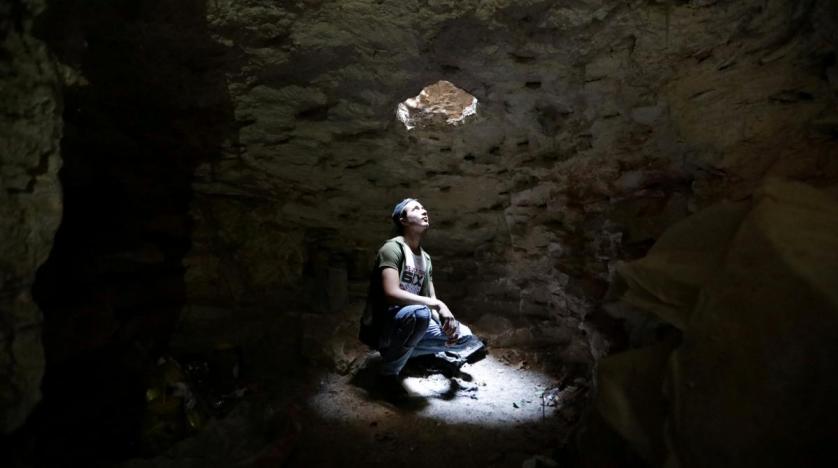 The Syrian regime and its ally Russia resumed on Sunday air strikes on the opposition-held northwestern province of Idlib.

At least one child was killed in the attacks, said the Syrian Observatory for Human Rights, a Britain-based monitoring group.

It was the second day of bombardment on the province and adjacent areas, after key powerbrokers in Tehran failed to reach a deal to avert a regime assault.

The Observatory said heavy attacks resumed on the northwestern region near the Turkish border around midday Sunday.

In the neighboring province of Hama, Russian jets carried out more than ten strikes on opposition positions in the village of Al-Latamneh, he said.

The raids wounded five opposition members and knocked the village's underground hospital out of action, just a day after strikes damaged a similar health facility in Idlib's southern town of Hass.

They said Syrian army helicopters dropped barrel bombs – typically filled with high explosives and shrapnel – on al-Habeet and Abdeen villages in southern Idlib and a string of other hamlets and villages in the area, said residents.

The regime denies using barrel bombs. However, United Nations investigators have extensively documented their use by the regime forces.

Some of the heaviest bombardment in weeks hit Idlib and nearby areas on Saturday, killing at least nine civilians before coming to a halt by the evening, the Observatory said.

More than half of Idlib is held by Hayat Tahrir al-Sham (HTS), an alliance led by Syria's former Al-Qaeda affiliate, while most of the rest is held by rival opposition factions. The regime controls a southeastern chunk.

HTS and the factions are also present in adjacent areas of the neighboring provinces of Aleppo, Hama and Latakia.

Russia says it avoids civilians and only targets al-Qaeda-inspired groups, but opposition sources and residents say most of the casualties in the last few days were civilians.

Hundreds of families have fled Idlib's southeastern areas since Saturday, when Russian and regime strikes on the region were the most violent in a month, the Observatory said.

A US-based medical charity that operates in the provinces said three hospitals and two civil defense centers were bombed in the last two days, “leaving thousands with no access to medical care”.

“It is distressing to see a rise in attacks on medical facilities…There are over three million civilians in this crowded area of Syria who are in a life-threatening situation,” Ghanem Tayara, head of Union of Medical Care and Relief Organizations (UOSSM) said in a statement.

He said he had traveled to Geneva to urge diplomats and UN officials to help prevent a "catastrophe".

The United Nations has warned that any military campaign in Idlib could push up to 800,000 people to flee their homes.

The leaders of regime allies Russia and Iran met with the president of Turkey in Tehran on Friday, but failed to reach an agreement to avoid a military assault.

Idlib and adjacent areas are home to almost three million people, half of whom have been displaced from other areas in the country, according to the UN.

Regime troops have for weeks been massing around Idlib, after Bashar Assad's regime retook control of other areas of the country earlier this year.

More than 350,000 people have been killed and millions displaced since Syria's civil war started in 2011 with the brutal repression of anti-Assad protests.