Adnan Al-Othman is like many refugees with physical disabilities who are unable to get the treatment they require reports Zaman Al Wasl. 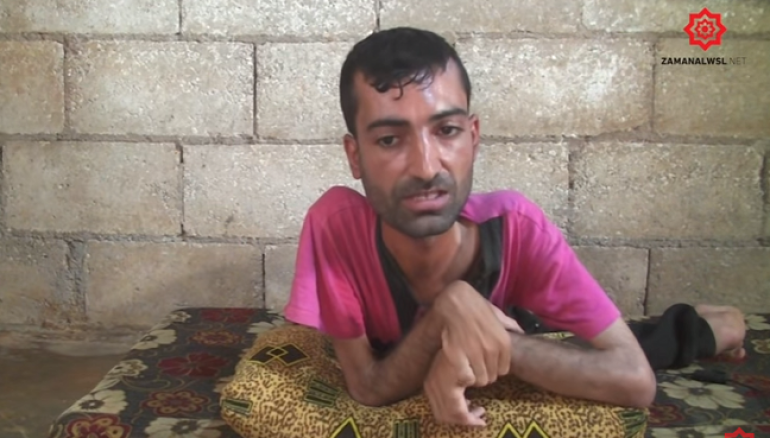 Adnan has been suffering from muscular dystrophy since he was three years old. It affected his four limbs, then extended to most of his body, leaving him completely and entirely disabled, unable to walk, unable to move, and unable to serve himself.

Since he was a child, Adnan has been passionate about his studies, however he couldn’t pursue his studies past the sixth grade because of the complexities of his muscle dystrophy, especially since he lost the ability to use his hands to hold a pen. Several years ago, Adnan's family had to flee their home in the city of Suran, after an Assad militia took over the city.

Adnan consulted a number of hospitals in the north of Syria, and learned that his treatment is not available in the liberated areas, and to receive the required physical therapy, he would have to travel to Turkey.

Adnan appealed, without success, to the concerned authorities and organizations to secure passage to Turkey for the necessary treatment. Today, he still hopes that he will be able to reach Turkey, so that he can support himself and help relieving his family’s burden.