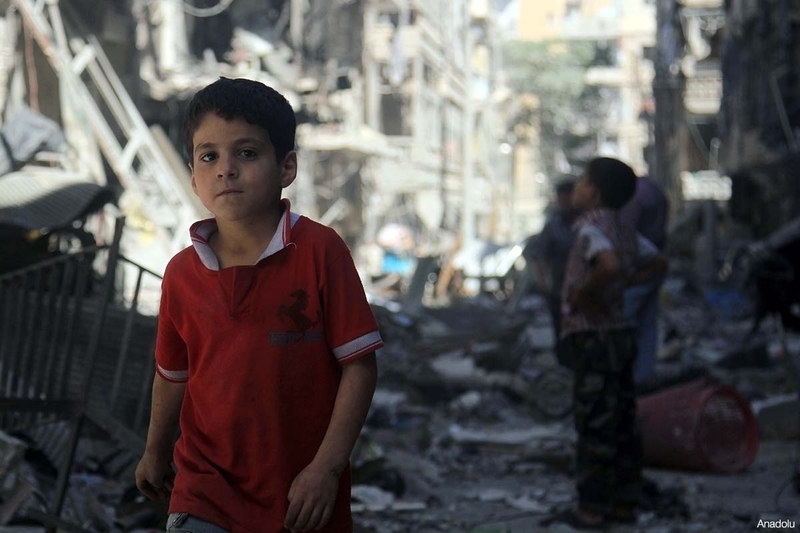 Some 17,136 Syrian children have died due to the continuation of the crisis in the country for more than three and a half years, the Syrian Network for Human Rights (SNHR) said in a report yesterday.

Published at the start of the new academic year in the country, the SNHR said the number includes 94 children who were killed in the custody of the Syrian regime's forces; while they make up part of the at least 121,859 civilians who have been killed during the conflict so far.

The SNHR said that the regime has "destroyed generations" to come through bombardment and military operations that have continued since 2011. The operations, SNHR added, also injured 1.1 million people, of whom about 375,000 are children, and resulted in amputations for about 19,000 other children.

The network noted that at least 2.3 million children have been displaced inside Syria, of whom 1.4 million children are outside the framework of the educational process because of the destruction of at least 3,873 schools by the regime's forces or because of the circumstances of displacement, extreme poverty as well as the lack of security and safety.

It said at least 1.4 million children had been forced to seek asylum in various neighboring and non-neighboring countries, 650,000 of whom are not attending schools because of the circumstances of asylum, poverty, and the inability of schools in poor countries to absorb them.

The Syrian news agency (SANA) announced that the new school year in the areas under the regime's control began on Sunday, where the number of students amounted to more than four million.

The educational process has been influenced by the current circumstances that are taking place in the country due to the clashes between the regime's army and opposition gunmen. While many properties and public and private enterprises were destroyed, many schools were turned into shelters for the displaced from areas and villages witnessing clashes.

The Minister of Education in the interim Syrian government, Mohiuddin Binanah, told the Anadolu news agency earlier that the new academic year for schools in the areas controlled by the opposition will begin on September 23. He said that the ministry developed an integrated schedule that states the times of the start of each term, mid-term and final exams, secondary school exams and the mid-year vacations.

"The ministry oversees a reasonable number of schools inside Syria and in neighboring countries where there are Syrian refugees," he added, noting that "the ministry will form a body in every Turkish province, in collaboration with Turkey's Ministry of National Education." He acknowledged the Turkish ministry's understanding of "the educational disaster in Syria".