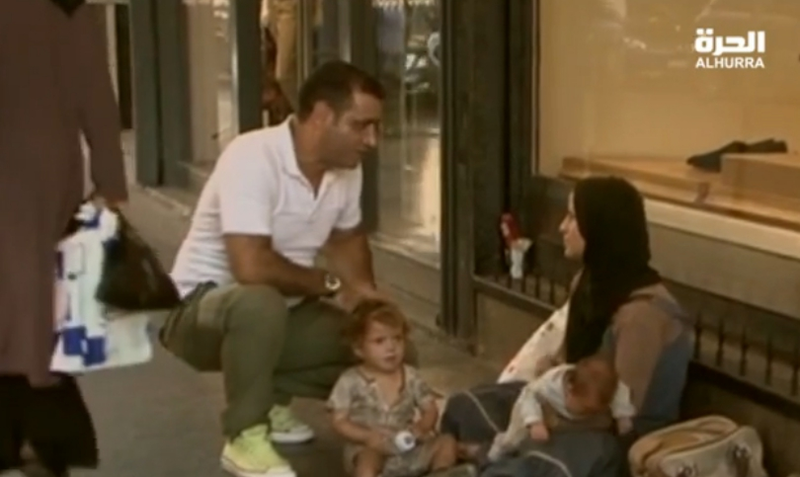 The Syrian people have paid a high price for their revolution over three years; some sacrificed their souls, sold their properties, sacrificed their dreams, or donated their organss. Others were obliged to sell their principles, values and ideas. But no one has ever imagined the possibility of having to sell his children in refugee markets.

How could a person who fought for his freedom and dignity justify such an action? The story of Fatima is an example of how.

Fatima Husna,18, was underage when she got married, before the Syrian revolution. She is now a mother of four children, all deeply attached to their mother emotionally. The youngest is one month old and the eldest is four years.

Fatima left the town of Jisr ash-Shughur in the countryside of Edlib when the houses of her parents and relatives were destroyed in battle. She moved from place to place with her sister, and finally arrived at the Lebanese capital, Beirut, three months ago.

The girls chose the sidewalks of Hamra Street as a home. Adding to her dark fate, Fatima's husband disappeared just before her displacement, and she never learnedwhether he had joined the Free Syrian Army or had been detained when regime forces stormed their town.

"He went out and never came back," Fatima said.

Fatima was not alone in her homelessness on Hamra Street; her children were with her, playing and sleeping around her. People used to play with her youngest child, the one-month-old daughter, but one day, a rich Lebanese lady came to see her.

"She said she has everything except children, and she asked me to sell my baby girl for $2,000 dollars. The lady could not know that a woman's child is much more valuable than all the money of the world," Fatima said in a TV report broadcasted on a satellite channel last week.

Crying, Fatima explained: "They think that I have no dignity if I am poor. They think I would accept any inhuman offer to save me from living on the street. But I don’t blame them – they don’t know how did I use to live before. I hope God will not forget me and my children," she said.