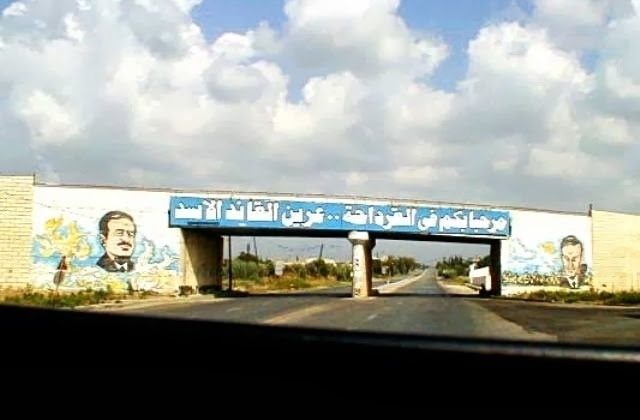 Syrian regime media published conflicting news reports on the bombing of al-Basel hospital in Qardahah, Saturday, when two regime soldiers, a hospital employee and a nurse were killed. Some of the regime's media channels said the explosion was caused by a car bomb parked in the garage of the hospital, while others confirmed the hospital was targeted by Grad rockets.

All regime media channels and social pages did agree on the number of casualties, but a variety of sources in the region confirmed that the hospital was the target of a car bomb driven by a young man.

The young man who allegedly carried out the operation, Abdul-Muien Abdul-Aziz al-Hariri – also known as Abu Khalid – was born in 1993 in the city of Telminnis in the countryside of Idleb. Hariri succeeded in bypassing regime barriers and People's Protection Committees checkpoints in Assad's hometown to reach al-Basel hospital, blowing himself and the car up within the hospital grounds. A number of activists have published pictures of the bomber, describing him as a member of the Nusra Front, although the Front has not issued any official statement claiming the operation.

Regime warplanes responded to the car bomb by launching a number of air raids on al-Hiffah city in the countryside of Lattakia with missiles. The raids killed a family of seven people, including three children, some of whom were torn to pieces.

Social networking pages in the countryside of Lattakia said the air strikes destroyed a three-story building inhabited by civilians where a whole family was killed and dozens were injured.

Pro-regime Sham FM radio station confirmed that warplanes launched several raids on Selma, Bdama and Ayn al-Hoor in the northern countryside of Lattakia. The station confirmed the raids targeted a number of militants, but images publicized by activists in the region appear to show the bodies of women and children killed in the raids.