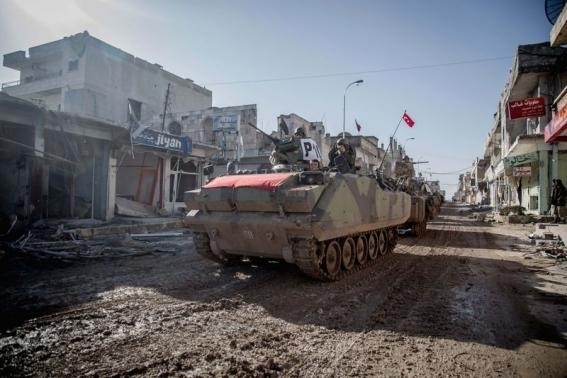 The National Coordination Commission has condemned the Turkish military intervention in Syrian territory, considering it an intentional violation of the sanctity of Syrian territory and national sovereignty.

The Commission also condemned the cooperation of some Syrian political forces and armed opposition groups with the invading Turkish troops, declaring it a betrayal to Syria and its people.

In a statement issued by the Commission, Turkey’s Prime Minister confirmed the news reported by various news agencies concerning the incursion of Turkish troops into Syrian territory, under the pretext of transferring the remains of Suleyman Shah, the grandfather of the founder of the Ottoman Empire, in collaboration with a number of armed opposition groups.

The statement sparked outrage among Syrian opposition figures in the Syrian National Coalition; especially considering the National Coordination Commission has not yet denounced Iranian interference inside Syria.

President of the Coalition, Khaled Khoja, announced at a press conference that the Coalition was informed about the operation carried out by the Turkish forces.