Women honored for devotion and fortitude in the face of tyranny 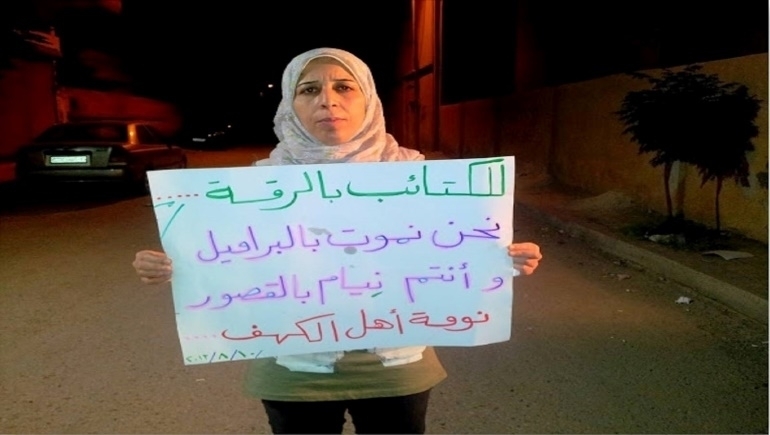 Souad Nawfal was presented with the Homo Homini Award in Prague for her struggle against tyranny, while Majd Izzat Chourbaji received the Women of Courage Award, awarded annually by the US State Department to women of courage and sacrifice, especially in the field of women's rights.

Chourbaji, from the city of Daraya, is to receive her award on Thursday in Washington, presented by First Lady of the United States Michelle Obama.

Chourbaji worked in the civil field before the Syrian revolution, but was later arrested. She continued her civil work after she was released from prison, focusing on the issues of women’s empowerment, especially detainees.

Nawfal’s story is a symbol of resistance to tyranny, as the last person to protest against ISIS on September 25, 2013, before being shot by its fighters and sentenced to death, forcing her to flee Raqqa for Turkey.

In her acceptance speech, Nawfal stressed that Syrian President Bashar al-Assad is the primary creator of all types of terrorism in the region.

Nawfal was involved in relief work with a number of activists in Raqqa to assist displaced people, supporting them by selling handicrafts in the city, later establishing the Jana Foundation, focusing on helping women secure income following the ISIS occupation of Raqqa.