Commanders from Army of Islam, Ahrar al-Sham, and Suqour al-Sham meet for a photo opportunity after recent rebel gains in the country's north and south 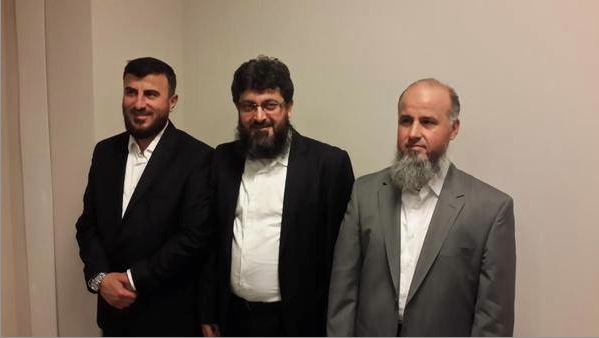 A recent photo of senior Syrian Islamist commanders has sparked a barrage of questions on social media as rebels close in on Bashar al-Assad for the first time in four years of fighting.

The photo was likely taken in Turkey earlier this month.

Meanwhile, rebels celebrated victories in the south and north of the war-torn country, closing in on Assad’s hometown of Lattakia.

The wave of unity that overruns scattered factions has resulted in remarkable gains and high morale. The success of the Fatah Army, an alliance of Islamist groups in Idleb province, has pushed most rebels to unite in an attempt to harvest the same fruits.

Syria's four-year war has currently killed over 220,000 people and forced millions to flee their homes.