Armed opposition fighters deny reports of an ISIS presence in the northern Syrian camp , home to over 65,000 refugees 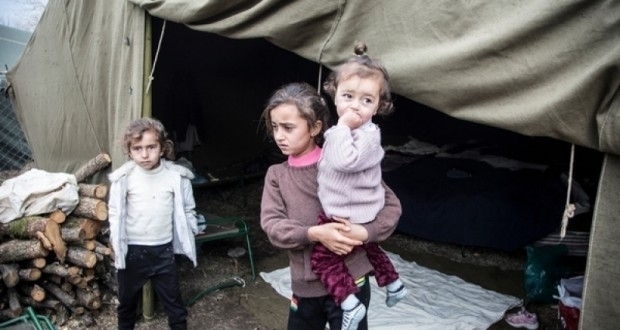 Syrian armed opposition factions have protected the Atamah camp for displaced people in the countryside of Idleb, northern Syria, near the Turkish border.

Fighters of Noureddine Zanki Movement, Jaish al-Fateh and Jaish al-Islam provide protection and security to residents of Atamah camp. Abu Mohammed, humanitarian aid official in ash-Sham Corps, confirmed the camp is under the full control of armed opposition factions, denying the reports about the presence of the Islamic State (ISIS) inside Atamah.

Abu Mohammed said the border crossing with Turkey is dedicated to the transport of humanitarian aid and food sent by non-governmental organizations to the people inside the camp.

Leader of ash-Sham Corps, Rifaat Qartoush, also denied reports claiming the camp is under the control of ISIS, noting the opposition fighters’ control of the border crossing, which is "used to transport the wounded and humanitarian aid".

Atamah camp hosts 65,000 Syrian refugees spread across 6,000 tents, and is equipped with schools, mosques and health clinics, according to the Anatolia news agency.

Residents of the camp regularly suffer difficulty in securing water and electricity, and are totally dependent on aid from over the Turkish border.