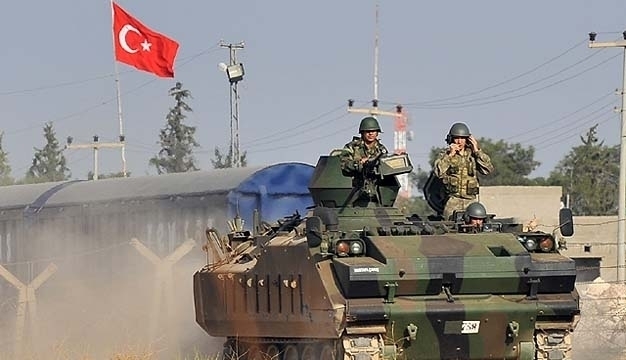 "In their effort to combat the Islamic State (ISIS) and the Kurdistan Workers’ Party (PKK), Turkish border guards have carried out a series of violations against displaced Syrians escaping war in northern Syria.

‫ A number of displaced Syrians, including women and children, have been killed in the last four months attempting to cross illegally into Turkey, as border crossings shut after a string of suicide bombings and attacks claimed by the PKK and ISIS.

‫ According to local sources, eight Syrians were killed on June 13 when Turkish border guards opened fire on them. The civilians were said to have been crossing illegally into Turkey through the western areas of Serekaniye (Ras al-Ain) city, in Hassakeh province. In another incident in July, four people from one family were reportedly killed on the border north of Aleppo.

‫ According to AFP, Turkey plans to dramatically reduce the flow of Syrian refugees into the country.

Syrian civilians, including women and children, have been allowed no further than the barbed wire fences around the Turkish crossings.

‫ Turkey has received 1.8 million Syrian refugees since the Syrian uprising in 2011, spending nearly $5.5 billion to provide for the displaced.

‫ Meanwhile, Syrians are trapped on the two banks of the Turkey-Syria border as the crossing gates remain closed the refugees.

‫ Many people from border territories are still unfamiliar with Turkey’s tough new immigration procedures, as greedy smugglers and corrupted border guards have swindled the vulnerable.

‫ Activists say crossing the border has become only a dream. "It's impossible, even media activists and journalists are suffering, just some exceptions are reported for doctors and aid workers."

‫ Mahmoud al-Haji Othman and Aktham Alwani, two Syrian journalists arrested last month by Turkish border guards north of Aleppo, were freed only after being tortured and humiliated, they claim.

"The kind of torture I endured for my illegal crossing attempt was similar to what I watched in (Assad’s) torture videos,” Othman said, adding: “we stayed in detention for 20 hours with 60 people in a tiny room without food or water.”

‫ “The Turkish border police never take into account the risks those people are exposed to in their hometowns due to ISIS attacks,” Kurdish media activist Salman Alo told ARA News. “The border police have killed hundreds of Syrians at the borderline with Syria in the past four years,”

‫ ARA news documented the death of over 30 Syrian citizens in 2014, including cases of torture, at Turkish border detention centers.