Syrian entrepreneurs and international bodies agree to deliver 500 tons of aid to embattled communities in Madaya, Moadamiya, Kefraya and Fua 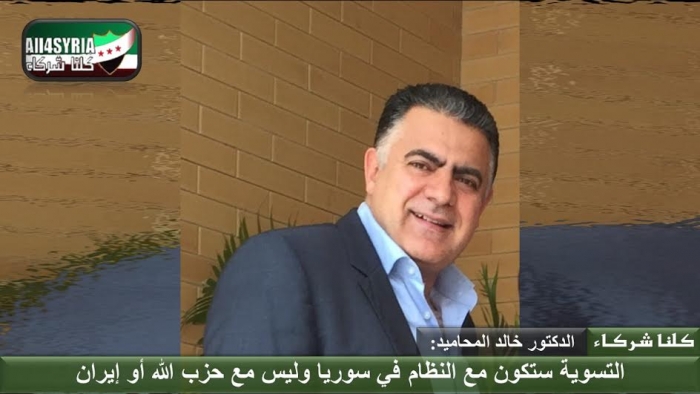 A group of businessmen launched an initiative in recent days to deliver aid and food into Madaya, a Syrian village besieged by regime forces and Hezbollah, where a number of civilians are reported to have starved to death.

The businessmen succeeded in pressuring the international community to allow the entry of aid, with the United Nations announcing on Thursday that the regime has agreed to the entry of food into Madaya and Fua and Kafraya.

One of the group's members, Khaled al-Mohamad, told All4Syria that he worked with a number of businessmen along with several international bodies, led by Russia, Egypt, and the United Nations, in order to get aid into Madaya. “We learned on Thursday that the agreement to deliver the aid has been completed. We committed to 500 tons of aid, to be distributed to Madaya, Moadamiya, Kefraya and Fua.”

“The main task for us today is reaching Madaya as soon as possible,” he explained.

Mohamad holds the international community and the authorities in Syria responsible for the shortcomings in aid to unarmed civilians, labelling it a “war crime.”

“Authorities in Syria and the regime were the biggest burden,” he said. “We are against the blockade of any civilian area or civilian in Syria, including Kafraya and Fua. When we donate we stand as one with Syrians, because they are our sons and our family and we do not discriminate between them.”

“There should be an agreement between the parties of the conflict according to the international specification – the regime on one side, the opposition on the other. There should be consensus between the two sides in order to find a formula to move to the stage of transitional governance which has complete authority and undertakes all operations inside Syria.”

Mohamad said: “I believe everyone has killed and tortured and everyone is responsible for the killing and torture in Syria. But the regime is primarily responsible, because the regime started the killing and the torture, and it is the one who has refused political solutions and reforms inside Syria. But there is a reality we need to talk about, which is that there are some who carry weapons and kill and torture for specific agendas.”

“Today, foreigners comprise a large number of those who think they are supporting the Syrian people, but in truth are spilling their blood. They did not come to serve and aid the Syrian people but rather with international agendas to impose the orders of these countries. For us, they are the biggest complication,” he concluded.