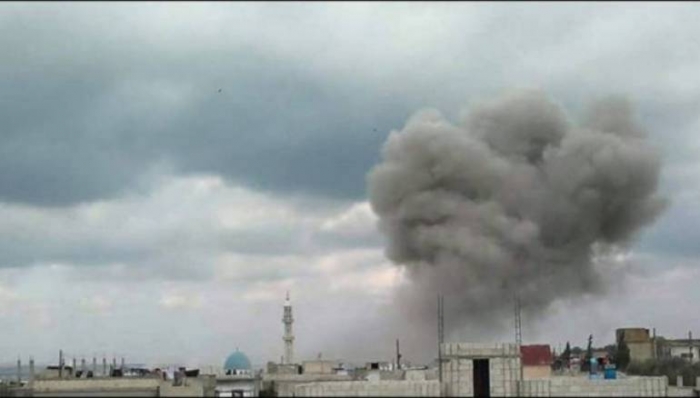 At least seven women and children have been killed Tuesday in Russian air strikes on a largely Turkmen village in the northern countryside of Homs, medics told Zaman al-Wasl.

In an apparent act of provocation, Russia’s air force targeted al-Burj village after reports of new violations to Turkish airspace on Saturday.

In November, Turkey shot down a Russian warplane flying over Mount Turkmen in the coastal province of Lattakia, triggering a diplomatic rupture in which Moscow imposed economic sanctions. Turkish authorities maintain the jet had violated Turkish airspace.

Activists said Russia has conducted more than 200 raids on rebels-held Hama and Homs provinces in the previous two days.

Since Russia's intervention in the Syrian conflict in September with an air campaign in support of President Bashar al-Assad, regime forces have stepped up offensives in the west and north of the country, killing about 2,000 civilians by some estimates.

On Monday, five rebel groups formed a joint operations room to fight regime troops who are waging a major attack on the southern countryside of Hama.

For over a month, regime forces backed by Russian jets have been shelling the town of Harbanfaseh, seeking to cut rebel supply routes in the nearby Hola region.