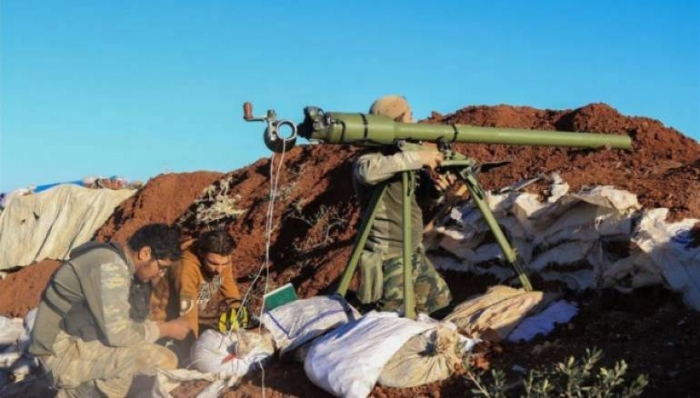 A rebel commander told Zaman al-Wasl that fighters seek to form a joint command room that will be headed by the Movement’s former leader, Abu Jaber, to halt the rapid advances of the regime army and allied militias in Aleppo.

On Monday, the Western-backed Syrian Democratic Forces (SDF) took control of the town of Tal Rifaat, seizing territory close to the Turkish border and pushing east towards Islamic State-held territory.

The move means the SDF — which include fighters of the Kurdish People’s Protection Units (YPG) militia — has further consolidated recent gains around the rebel-held Syrian town of Azaz, the last before the border with Turkey, Reuters said.

The SDF was formed last year in an alliance with the YPG. Since then, the SDF has mostly fought ISIS and insurgent groups who are fighting to topple Bashar al-Assad.

Rebel groups see the SDF as a front for the YPG, though it includes groups that consider themselves as part of the Free Syrian Army.

Syrian insurgents confirmed to Reuters that the SDF had taken significant parts of Tal Rifaat, with some claiming it had recaptured the whole town. Reuters could not independently verify the reports.

In the past 24 hours, SDF forces have also taken control of the village of Ayn Deqna — cutting the main road north from Tal Rifaat to Azaz, and the village of Kefr Nasih — just southeast of Tal Rifaat, the UK-based Syrian Observatory for Human Rights said.

Turkey on Monday accused Russia of an "obvious war crime" after missile attacks in northern Syria killed scores of people, warning Kurdish militia fighters there they would face the "harshest reaction" if they tried to capture towns near the Turkish border.

An offensive supported by Russian bombing and Iranian-backed Shiite militias has brought the Syrian army to within 25 km of Turkey's frontier.

Almost 50 civilians were killed when missiles hit at least five medical facilities and two schools in rebel-held areas of Syria on Monday, according to the United Nations, which called the attacks a blatant violation of international law.

At least 14 people were killed in the northern town of Azaz, the last rebel stronghold before the border with Turkey, when missiles hit a children's hospital and a school sheltering refugees, a medic and two residents said. Missiles also hit a hospital in the town of Marat Numan in the province of Idleb, south of Aleppo.