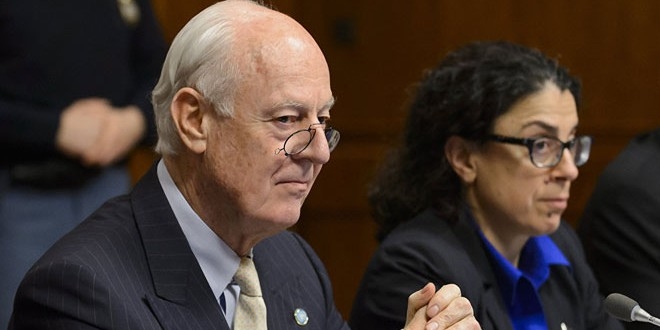 Participants in the upcoming Geneva intra-Syrian talks will be the same as those who attended the first round in early February, UN spokeswoman Jessy Chahine said Tuesday.

The talks are scheduled to resume Wednesday after they were suspended by UN envoy Staffan de Mistura on February 3.

Head of the Syrian delegation to the talks, Dr. Bashar al-Jaafari, declared in February that Saudi Arabia, Turkey and Qatar, the main backers of the so-called “Riyadh opposition” delegation, were responsible for foiling the Geneva meeting.

Chahine was quoted by Reuters as saying that the talks will be officially resumed on March 9, noting that due to some logistical arrangements some participants will be arriving later than others. “But the envoy will start substantive meetings with those who are in Geneva by latest the 14th of March,” she added.