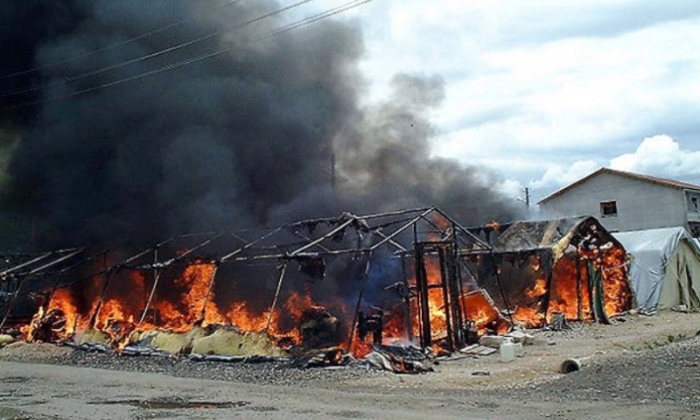 Three Syrian children died and six others were wounded in a fire that erupted in a refugee camp in Mardin province in southern Turkey on Tuesday morning, March 29.

The Turkish Milliyet newspaper said that the incident occurred at 3 a.m. in the Derik camp, where around 10,000 people live, adding that a fire also killed a child on March 25 and burned 21 tents.

The camp is about 4 kilometers from Derik village and was established by Turkish authorities in 2014 to receive Syrians living in Hatay, Adana and Mardin provinces.

Thousands of Syrian refugees who live in the camp, which is located in a desert area, have previously been subjected to similar incidents in which fires have burned a number of tents.