Kremlin's goals are transparent and are represented through reaching a political solution in Syria, according to Vladimir Chizhov 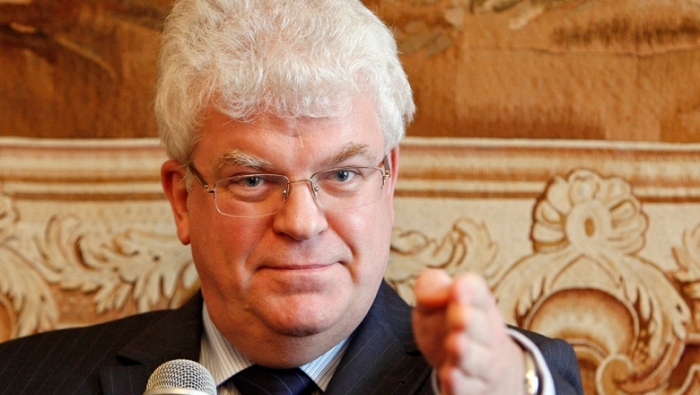 Moscow’s permanent representative to the EU Vladimir Chizhov renewed Russia’s calls for the need for a political solution to the crisis in Syria.

Chizov told the British BBC channel that Russia’s goals are transparent and are represented through reaching a political solution in Syria, which is publicly supported by President Bashar al-Assad, the Russian RT website quoted him as saying.

In a related context, Chizhov said that he was disappointed in the Western media’s coverage of Russia’s military actions in Syria, adding that the main group of Russian forces have returned from Syria after completing their task in combating terrorist organizations.

Chizhov added that actions taken by EU officials to plug terrorists' supply routes and finances in Syria are insufficient, adding that more attention should be given to the illegal trading in oil which terrorist organizations engage in with assistance from Turkey.