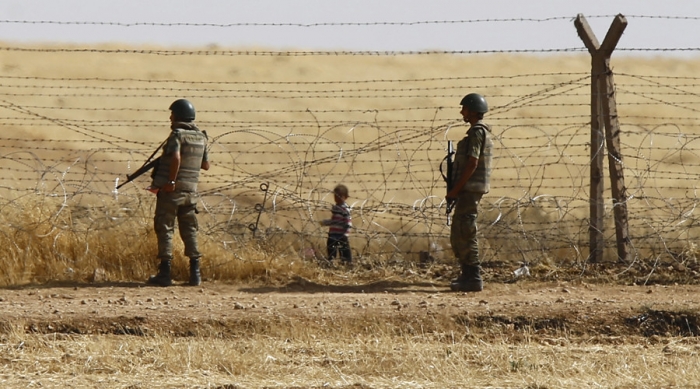 More than 40 Syrian civil society organizations alongside local councils in areas under opposition control issued a statement condemning the massacre which took place on the Syrian-Turkish border, where Syrian civilians were shot by Turkish border guards while trying to cross illegally.

Alaa al-Mowsi, head of the Hama province council and coordinator of the statement, said the statement respects the sovereignty of the Turkish state and its borders and values all the assistance Turkey has provided to the Syrian people.

“We rejoiced at the repeated statements of Turkish officials that we are the migrants and they are the supporters and we felt the goodness and generosity of the Turkish people and their government, but at the same time we condemn the repeated killings by Turkish border guards,” the statement said.

The statement demanded the border guards responsible for the killing be held to account by Turkish officials, adding that it condemned the smugglers on the Syria side, who should also be held to account for their crimes. The signatories also called for the humanitarian crossing to be opened for those forced to flee the conflict and daily bombardment, and for training to be issued to the border guards on how to deal with these cases.

Turkish border guards opened fire on Syrians who were trying to cross the border from the area of Kherbet al-Joz in the Idleb countryside before dawn on Sunday, June 19, killing eight people immediately, including women and children, according to informed sources. Turkey has officially denied the claims.