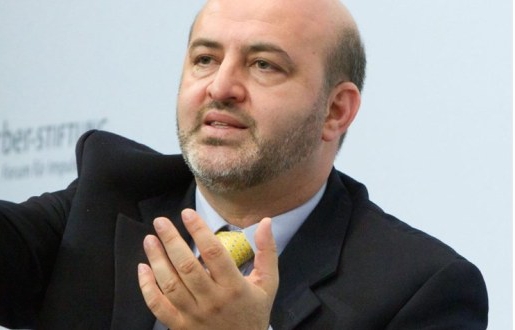 Molham al-Droubi, a key leader in the Syrian Muslim Brotherhood group, announced that the Islamist movement has not and will not disavow the Syrian revolution.

Droubi said in a phone call on Monday with Rozana Radio that the group “did not support the option of militarizing the revolution except after March 2012, following the attack carried out by Bashar (al-Assad’s) militias on the Baba Amr district, which resulted in its destruction.”

Droubi said that what he announced earlier this week on his Facebook page “was not an announcement of halting support, but a confirmation that the transformation of the revolution from peaceful to a military revolution was because of the excessive violence used by Bashar al-Assad.”

The Brotherhood member announced through his Facebook on Tuesday that “The biggest mistake the revolution made was becoming militarized,” and that the organization tried for a full year “to prevent this transformation,” but that it was unable in the end after a sweeping movement was formed in support of armament because of the “excessive violence” the regime employed against peaceful marches.

Droubi said that the accusations that have been directed at the group in terms of harming the revolution confirmed that “the group is a part of the revolution and not the whole revolution,” and therefore it has a right to “participate in building its institutional umbrella.”

Regarding the accusations directed at the group for causing a loss of Homs to the benefit of the Syrian regime, Droubi said that “the errors are not connected with Homs in particular,” and that “error is a feature of action,” asking: “Didn’t others make mistakes as well?”