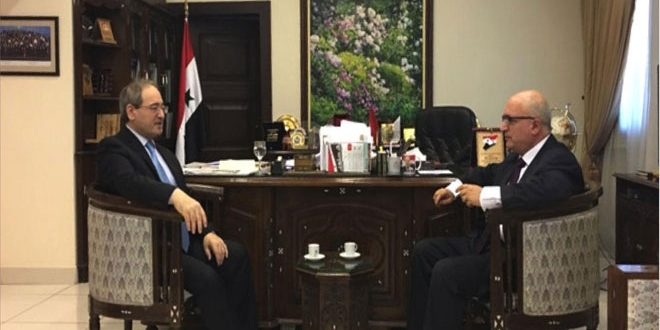 Deputy Foreign Minister Fayssal Mikdad said that Syria hopes Russia and Iran could bring Turkey back on “the right track” to help ensure the security and stability of the region,

Mikdad’s comments came in response to a question about the Russian-Turkish-Iranian meetings in an interview with the Lebanese Al-binaa newspaper published on Thursday.

He renewed Syria’s welcoming of any effort aimed at resuming the political process to find a political solution to the crisis, noting that Syria has reaffirmed its readiness to participate in any new round of talks without preconditions.

Mikdad however stressed that the political process cannot succeed without eliminating the terrorist hotbeds in Syria and without ensuring Syria’s territorial integrity.

The minister made clear that there is a complete and detailed understanding between Syria and its allies on the war vision, adding that military action against terrorism is a necessary step to support the political process.