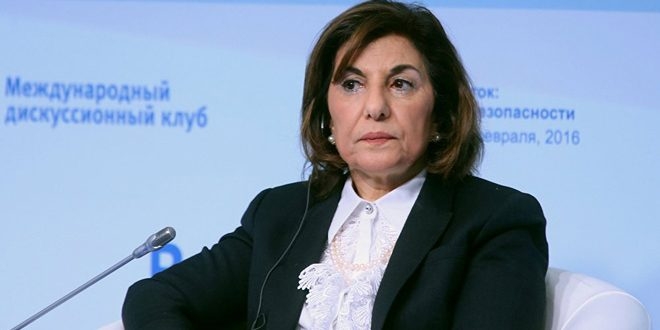 The Syrian government is ready to resume dialogue with the opposition, presidential advisor Bouthaina Shaaban said on Saturday.

In an interview with Rossiya 24TV channel, Shaaban said: “We are absolutely ready to resume talks, under the condition the other side is also ready. Moreover, we are now moving in a very important direction: the national reconciliation.”

“The problem with the opposition is that every part is receiving money from foreign parties – Saudi Arabia, Qatar, Turkey. This is not at all a national opposition. Those are foreign agents. Those were terrorists, backed by the West, who are responsible for the fact that the humanitarian pause was not successful,” she continued.

Shaaban claimed the West is using the situation in the Middle East to achieve its sectarian vision in the region. “They want us to become again countries of different religious affiliations, but we are national countries that want to remain strong countries, capable of protecting themselves and their civilization.”

She added that the West has come to realize that it cannot impose its will on Syria or any other country in the emerging multipolar world.