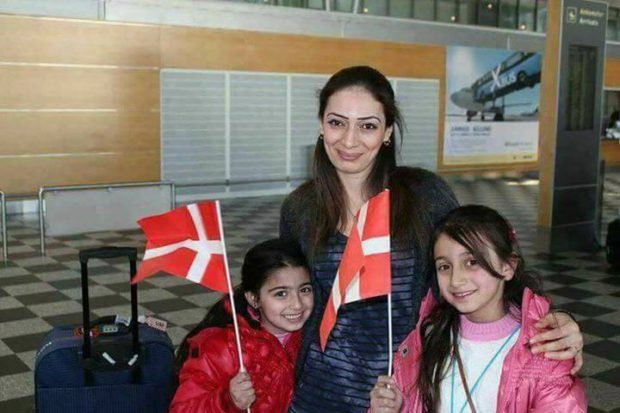 A Syrian-Kurdish refugee in Denmark killed all the members of his family, including his former wife and two children, and then fled to Turkey, and from there to regime-held areas of Aleppo city, according to sources.

Hamid Ibrahim, a Syrian refugee in Denmark, told ARA News, that “the bodies of an entire family, composed of a 27-year-old Syrian woman and her children, the youngest seven years old and the elder nine years old, were found yesterday evening, Sunday, dead in an apartment in the Danish city of Aabenraa.”

He said that the Danish police had arrived yesterday to the family’s residence in Reberbanen 2 after communicating with one of the woman’s relatives who said that they had tried to contact her for several days without receiving any response. Inside the residence, the police discovered the corpses of the entire family in the freezer without finding the husband.

The Danish police are now carrying out investigations to gather information throughout the apartment and questioning neighbors and people who knew the family.

The family had arrived in Denmark and obtained asylum there in the summer of 2015. They were from the village of Basouta in the Afrin countryside in the northern Aleppo province of Syria. They had been living in the Suleiman district of Aleppo. The wife was her husband’s cousin, daughter of his uncle Hamid Farid Mohammad.