Three children among those killed in the Russian attack on the opposition-held Kfar Dael village, according to emergency responders 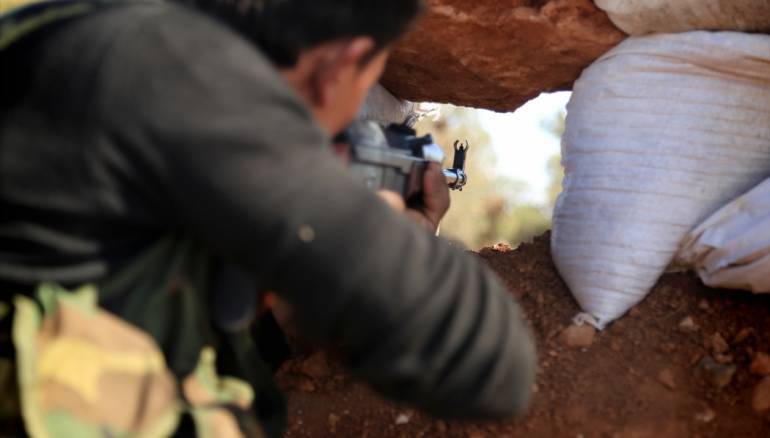 Nine civilians were killed by Russian air strikes on Friday in the northwestern province of Aleppo, a Civil Defense official said.

He said three children were among those killed in the attack.

Meanwhile, the regime army and allied Shiite militias have taken control of the Al-Assad Suburb and Munian village in the western Aleppo countryside, a local reporter said.

Meanwhile, the Turkish-backed Free Syrian Army made new gains against the Islamic State group, taking the towns of Haji Kousa, Halisa, Bslaja and Al-Aoun in the eastern countryside of Aleppo, pressing closer to the ISIS stronghold of Al-Bab city.