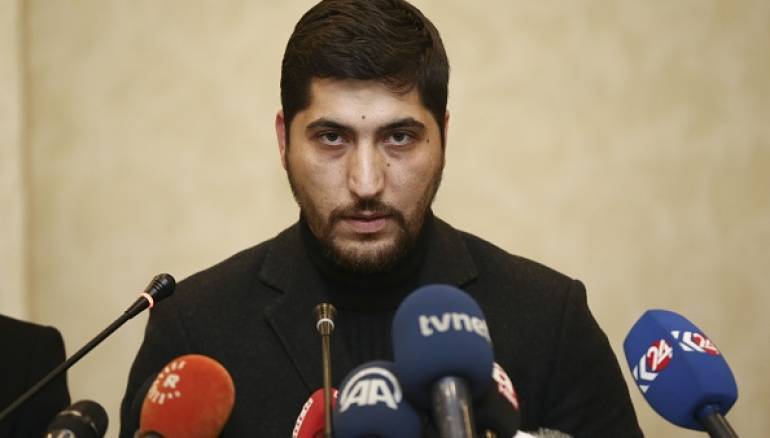 The newest ceasefire agreement signed by Syrian rebels is different to the version approved by the Assad government, rebel spokesman Osama Abazeid told Zaman al-Wasl, stating that the document is missing "a number of key and essential points that are non-negotiable."

The UN Security Council adopted a resolution on Saturday welcoming the ceasefire, despite being urged by FSA factions not to endorse the plan until the Syrian regime and Russia had shown they would respect it.

The ceasefire, brokered by Russia and Turkey, which back opposing sides, has been successful in reducing the violence, but clashes, air strikes and shelling continue in some areas of the country. The deal was the first not to involve the United States or the United Nations.

The resolution also welcomed plans for the talks in Kazakhstan’s capital Astana on January 16 before a resumption of UN-brokered talks in Geneva on February 8.

Abazeid confirmed reports that regime forces and Iranian-backed Lebanese Hezbollah fighters had been trying to push rebels back in the Barada valley, northwest of Damascus.

FSA factions had announced in a separate statement that they would abandon the truce deal if Russia did not use its influence to halt the Barada valley attacks by 8 p.m. (18 GMT).

Later, Abazeid said air raids around the Barada valley had stopped just before 8 p.m. and that the ceasefire therefore still held, although clashes in the area were continuing.

Syrian rebels and political opposition said the Assad regime was amassing forces to launch a ground attack in the area. There has been no new announcement by the military since it launched operations in the area last week.

UK-based monitoring group the Syrian Observatory for Human Rights confirmed that there had been fighting in the Barada valley area, the main source of the Syrian capital's water, adding that government shelling had also been reported in the southern provinces of Quneitra and Daraa.

Even with a successful truce between the Assad regime and the main armed opposition, the Syrian conflict will continue.

In the country’s north, Turkey is trying to push back Kurdish forces and the Islamic State group, both excluded from the deal, from areas south of its border.

The position of other Islamist groups such as Jabhat Fateh al-Sham (formerly Nusra Front) and Ahrar al-Sham with respect to the ceasefire is unclear, as both have criticized the deal.

Abazeid stressed that FSA rebels are not protecting Jabhat Fateh al-Sham fighters and called for Russia and Assad not to target the opposition-held areas.