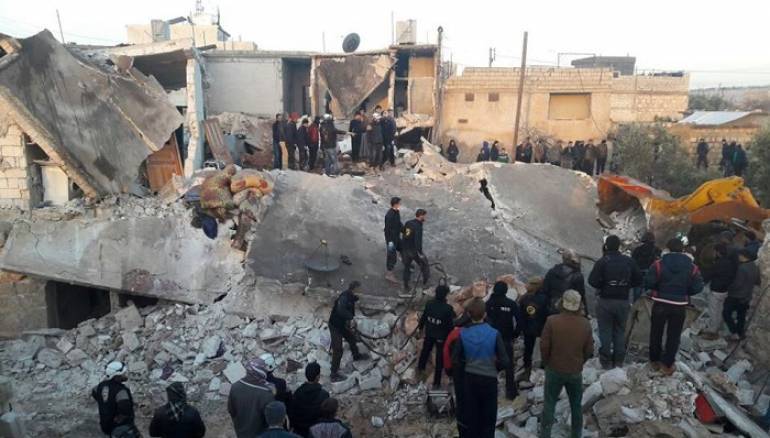 At least eight people, including four children, were killed in Russian air strikes on the western countryside of Aleppo, local sources reported on Thursday.

The warplanes hit an apartment complex in the town of Babka, west of Aleppo city.

Activists said that 10 other civilians were also wounded in the attack and that the death toll could rise, adding that rescue groups are still looking for survivors under the rubble.

In neighboring Idleb province, at least 22 members of Jabhat Fateh al-Sham (formerly Nudra Front) were killed in air strikes over the past 24 hours, the UK-based Syrian Observatory for Human Rights said.

Some of the strikes were carried out by regime aircraft while others were conducted by the US-led anti-ISIS coalition, the monitoring group said.

Two of the group's commanders were among 16 fighters killed in a coalition strike on Wednesday, it added.

The strikes came despite a shaky nationwide truce brokered by Assad ally Russia and rebel backer Turkey that has been in place since December 30.