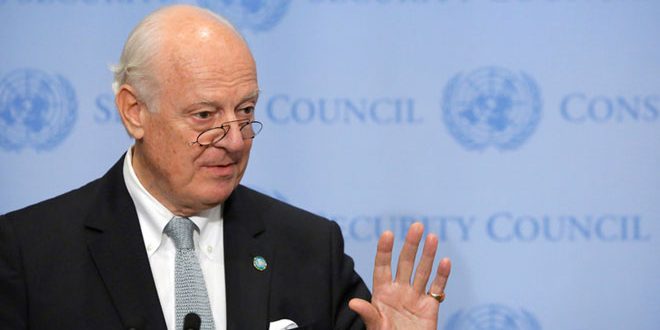 United Nations Special Envoy for Syria Staffan de Mistura affirmed that this week’s trilateral meeting in Tehran between Russia, Turkey and Iran was effective in bolstering the nationwide cease-fire agreement and preparations for the upcoming Astana meeting.

In a press conference in Geneva on Thursday, de Mistura said that the guarantor countries worked actively with the U.N. to strengthen efforts for a political settlement, pointing out that there was also progress on the issue of sieges, detained people and mine clearance.

He announced that he would hold talks with Russian Deputy Foreign Minister Gennady Gatilov in Geneva on Monday and that the United States had declined to take part in any trilateral meeting.