Statement calls on rebel group to withdraw from territory it has taken during a week of deadly fighting with rival rebels in the Damascus countryside, opposition website reports 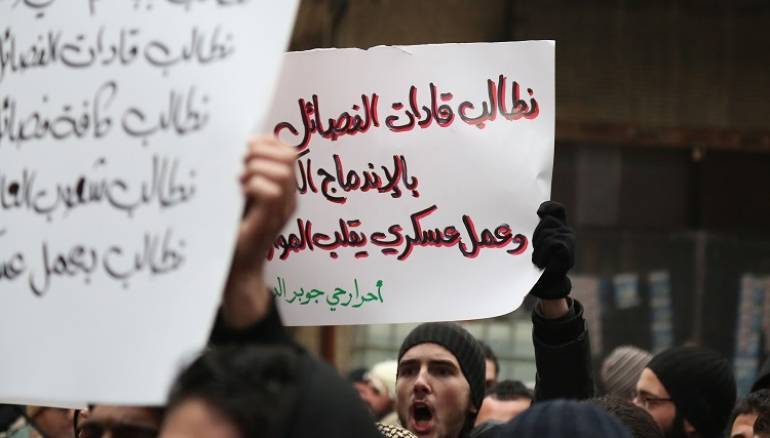 Seven local councils in the Eastern Ghouta called on the Army of Islam to halt its offensive in the embattled suburbs and end the infighting with rival opposition groups, according to statement issued Tuesday.

The civil councils urged the powerful Islamist group to withdraw from territory it had taken during the week from Hayat Tahrir al-Sham and Faylaq al-Rahman, an attack that left at least 120 fighters dead.

The statement has also urged the Army of Islam to end its tyranny in Eastern Ghouta.

Footage posted on social media reportedly showed Army of Islam fighters opening fire on peaceful protestors demanding an end to the infighting in the town of Arbin.

A spokesperson for the group has denied orders were given to open fire on demonstrators.