As the Islamic State continues to lose ground, the death of its leader now seems confirmed, Asharq al-Awsat reports 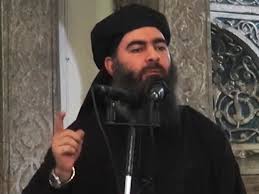 The details of his death were not disclosed.

He added that the group will “soon announce his successor.”

The organization also called on its militants to keep on “standing their ground” in the regions they have seized.

The source said that ISIS released a “very brief” statement through its media center in the Talaafar area west of Mosul in Iraq in which it confirmed Baghdadi’s death.

The group urged its followers “against getting dragged into strife,” which indicates complex problems within the terrorist organization.

The Nineveh source said that the announcement of the death of the ISIS leader was similar to previous statements that were issued to announce the demise of other terrorist leaders from the group.

The brief statement has however raised questions, especially since Baghdadi is the terror group’s leader, added the source.

His death has sparked uproar among the group’s supporters, he revealed.

Earlier on Tuesday, the Syrian Observatory for Human Rights told Reuters that it had “confirmed information” that Baghdadi had been killed.

Russia’s Defense Ministry said in June that it might have killed Baghdadi when one of its airstrikes hit a gathering of ISIS commanders on the outskirts of the Syrian city of Raqqa, but Washington said it could not corroborate the death and Western and Iraqi officials have been skeptical.

“[We have] confirmed information from leaders, including one of the first rank, in ISIS in the eastern countryside of Deir-ez-Zor,” the director of the British-based war monitoring group Rami Abdulrahman told Reuters.

Baghdadi’s death has been announced several times before but the Observatory has a track record of credible reporting on Syria’s war.

Abdulrahman said Observatory sources in Syria’s eastern town of Deir-ez-Zor had been told by ISIS sources that Baghdadi had died “but they did not specify when.”

Iraqi and Kurdish officials did not confirm his death. The United States has no information to corroborate reports that Baghdadi was dead, a Pentagon spokesman said on Tuesday.

ISIS-affiliated websites and social media feeds have not carried any news regarding the leader’s possible death.