Hundreds take to the streets to oppose rumored deal which would hand control of the capital's southern suburbs to Iran, Zaman al-Wasl reports 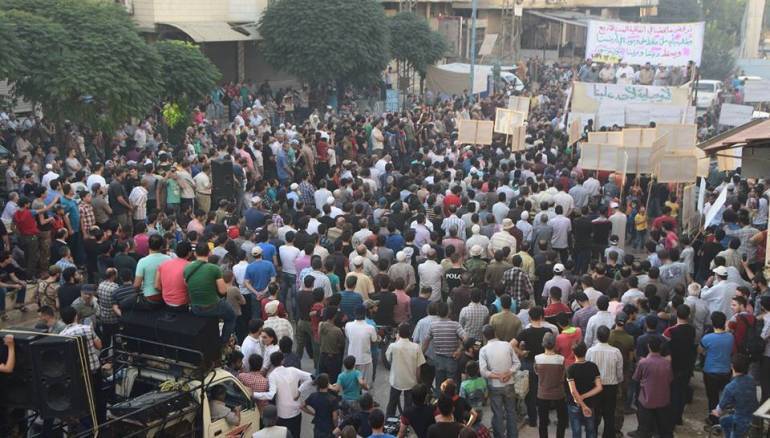 Residents in the southern suburbs of Damascus of Babila and Beit Sahm have demonstrated against forced displacement and demographic change under the four towns evacuation deal that includes Kafraya and Fuaa, Madaya and Zabadani.

Hundreds of people of from the town of Yalda demonstrated on Wednesday, walking from the mosque toward Babila chanting slogans expressing their rejection of any project to displace them from the region, demanding a solution that preserves their ability to remain.

In the same context, a number of rebel factions operating in the south of Damascus issued a statement in which they rejected all agreements or projects that would forcibly displace the residents of the area south of Damascus.

The demonstrations came after the U.K.-based Asharq al-Awsat newspaper reported the features of a Turkish-Iranian deal sponsored by Russia, including allowing of a military presence in Idleb in exchange for Iranian control over southern Damascus and its expansion in the Sayeda Zeinab area.