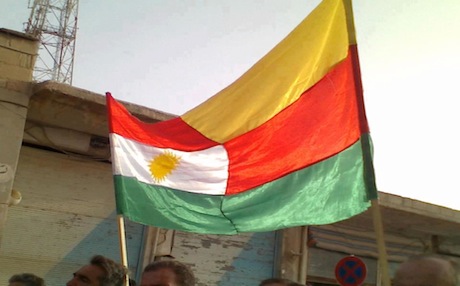 The regime of Syrian President Bashar al-Assad has proposed giving the Kurdish Democratic Union Party (PYD) in Syria autonomous “self rule” in the country’s north in exchange for withdrawing its forces from majority-Arab areas.

The proposal came during a meeting held by Syrian security chief Gen. Ali Mamlouk with officials from the PYD in a regime-held area of the city of Qamishli.

Turkish news agency Anadolu quoted sources as saying that Mamlouk proposed that the group be given “regional self rule” in the country’s north in exchange for withdrawing their forces from Assad regime areas that are majority Arab. It said that the PYD had rejected the offer, demanding instead a “federalist area guaranteed by the constitution.”

Reports indicated that the negotiations between the Assad regime and the PYD militia had produced no result with the two sides agreeing to meet again at a later date.

The Assad regime carried out similar negotiations with the PYD group with Russian sponsorship before the Syrian Foreign Minister Walid al-Muallem announced the regime’s readiness to “discuss the issue of self-rule.”

Sources on the ground told Anadolu that PYD militants had dug trenches and set up sand berms in areas which separate them from the regime forces in an effort to “draw the borders,” according to observers.

The PYD controls about a quarter of Syrian territory and the majority of its population are Arab and Turkmen.