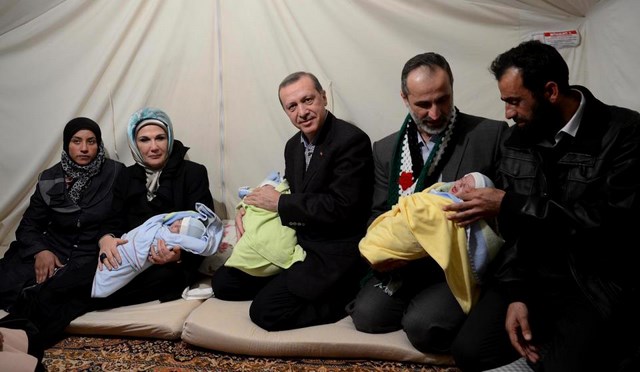 Three Syrian triplets bearing the name of Turkish President Recep Tayyip Erdogan were killed on Saturday when a bomb exploded in the town of Kafrsajna in the southern countryside of Idleb.

The three children, Recep, Tayyip and Erdogan, died when a cluster bomb, remnants of a Russian bombing, blew up in the provincial countryside, according to activists.

In 2012, Erdogan and his wife Ermine visited the children on a trip to a refugee camp near the Syrian-Turkish border.

Russian cluster bombs represent a major danger to civilians in the areas which have witnessed bombardment with the internationally banned weapons.