Authorities reportedly told suspect the reason for the checks is to identify ISIS members inside Turkey, Zaman al-Wasl reports 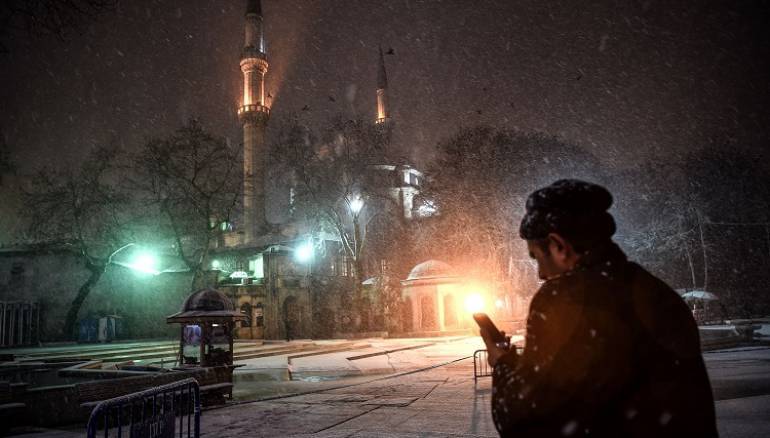 Hundreds of Syrians living in Turkey have been stopped by police in recent weeks in order to check the contents of mobile phones, Syrian activists said.

Detainees explained that the Turkish police patrolling public places and streets are checking smartphones for the Telegram application to review conversations and images.

A business owner in the southern city of Gaziantep told Zaman al-Wasl that a Turkish patrol passed by his shop on Tuesday evening. According to the man, the police asked to see his documents and then asked him to unlock his mobile phone, checking to see if he had an account on the Telegram application. When the shop owner confirmed that he did the police asked him to open the application in order to read through his conversations.

According to the shop owner, when asked why the police were looking at Telegram, they responded that the application is used by Islamic State (ISIS) members who are heavily present in Turkey.

A Syrian media activist in Istanbul reported a similar occurrence when a Turkish patrol stopped him and asked him to unlock his mobile phone. One of the patrol members then spent half an hour reading his messages. The media activist explained that the policeman was fluent in Arabic.

Activists have warned of the consequences of the new measure as many Syrians follow news groups on Telegram established by different military factions in Syria. The factions prefer using the application as it is considered safe to access and disseminate news, pictures and recordings.

Syrians in Turkey who join these groups may be considered legally accountable for its contents and possibly detained, as some of the factions in Syria are classified as terrorist groups by the Turkish state. The activists recommend that Syrians living in Turkey remove themselves from these group lists.