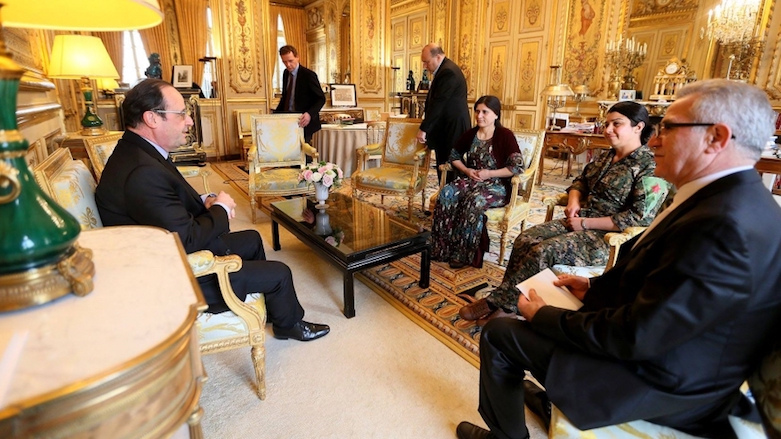 French jihadists who joined the Islamic State (ISIS) group and were captured in Syria can be tried at courts inside the self-declared Kurdish autonomous region, France’s Justice Minister Nicole Belloubet said.

Speaking to Radio RMC on Thursday, Belloubet said local authorities in Syrian Kurdistan could “eventually proceed to trials,” given the French nationals accused of terrorism were guaranteed access to a lawyer and if necessary consular services.

The announcement from Paris appeared to give the Kurdish-dominated “Democratic Federation of Northern Syria” a de facto diplomatic recognition, although the minister noted that Syrian Kurdistan, also known as Rojava, was not a state recognized by her country.

Kurds in Syria hope to eventually negotiate the status of a self-ruling entity, similar to that of Kurdistan region in neighboring Iraq.

Their quest has so far been rejected by the Syrian regime, the opposition, and neighboring countries, namely Turkey, as well as global powers including the United States, which backs Kurdish forces in Syria.

If “in Syrian Kurdistan, there are judicial institutions that are able to ensure a fair trial with guaranteed rights of defense, they will be judged there,” said a spokesperson for President Emmanuel Macron’s administration Benjamin Griveaux, echoing the Justice Minister.

In late 2017 French intelligence services said about 700 French-national jihadists were fighting in Iraq and Syria.