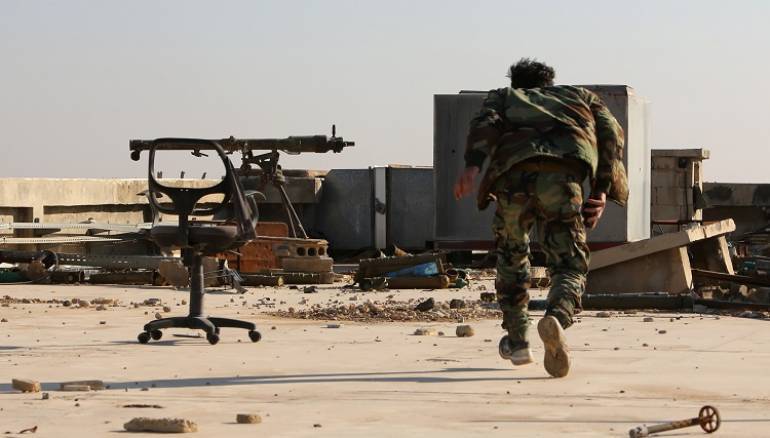 Over 230 troops have been killed in the battle for the Armored Vehicles Base in the besieged eastern suburb of Harasta, Damascus, a rebel group said on Monday.

According to a rebel operation task room in the Ghouta area of Damascus, a total of 231 regime soldiers, including 107 officers, have been killed in fighting since the base was surrounded in late December.

The U.K.-based monitor the Syrian Observatory for Human Rights reported around 100 rebels were killed.

The death toll mounted as rebels showed fierce resistance to give up the strategic base, where about 250 troops remain trapped inside.

The shelling and bombardment of the besieged Ghouta, where the humanitarian conditions have sharply deteriorated in recent months, has also claimed a heavy toll on civilians.

In another battlefield in northern Syria, at least 180 regime troops and militiamen were killed in as little as five weeks as the regime, backed by Russia’s air force, is pushing to take the major rebel stronghold in Idleb and Hama provinces, according to activists.

During the course of the seven-year war, more than 119,000 pro-regime forces have been killed, including 62,000 troops, tens of thousands of loyalist militiamen, and 1,556 fighters from Hezbollah, according to a new estimate by the Syrian Observatory for Human Rights.

The Alawite-dominated areas are still the main supplier of manpower for President Bashar al-Assad's regime. Posters and statements mourning fighters from the coastal region have been sweeping the streets and pro-regime social media.