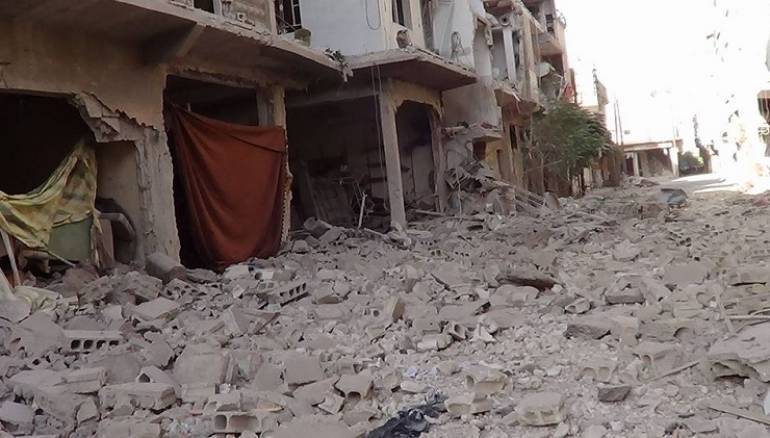 Clashes continued for the fifth day between rebels and fighters from the Islamic State (ISIS) organization in the southern suburbs of Damascus, as the radical group seeks to seize more areas in the besieged district of Al-Hajar al-Aswad, local activists said Wednesday.

ISIS militants launched an attack to take ground between the neighborhood of Al-Hajar al-Aswad and the district of Yalda near the Yarmouk refugee camp, according to Zaman al-Wasl’s reporter.

The Jaish al-Islam (Army of Islam) group, which recaptured three blocks from ISIS in the neighborhood of Al-Zain, said 10 ISIS militants had been killed and 13 more wounded in the clashes.

Activist Ayham al-Omar revealed that ISIS’ wounded members have been receiving treatment in the regime-held areas, adding that 13 fighters were admitted to the Al-Mahayni Hospital in Damascus.