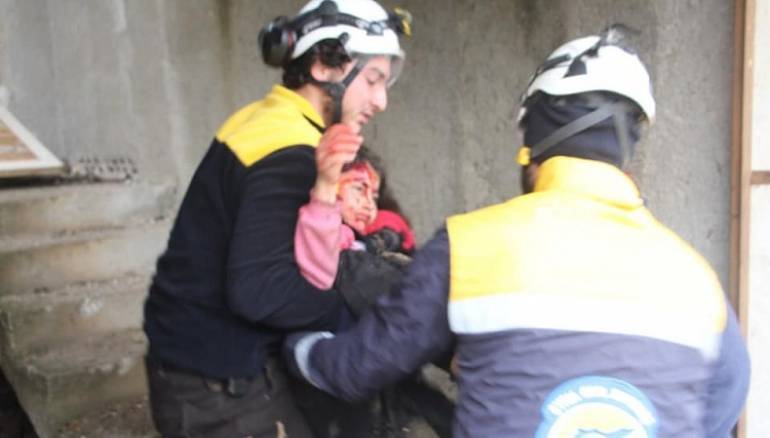 At least eight civilians were killed in Russian airstrikes in the northern province of Idleb, local activists and emergency services said on Wednesday.

The napalm rocket attack hit the town of Sanqara in the western countryside of the province.

Khattab Abou Omar, a HTS field commander, told Zaman al-Wasl early this week that the Islamist alliance, led by Al-Qaeda’s former Syria branch, had launched a counterattack on regime troops in the eastern countryside of Idleb, killing and wounding dozens.

The HTS fighters captured the villages of Surouj and Rabea near the town of Sinjar.