All of the detainees have been taken to hospital for a general health check-up, SANA reports 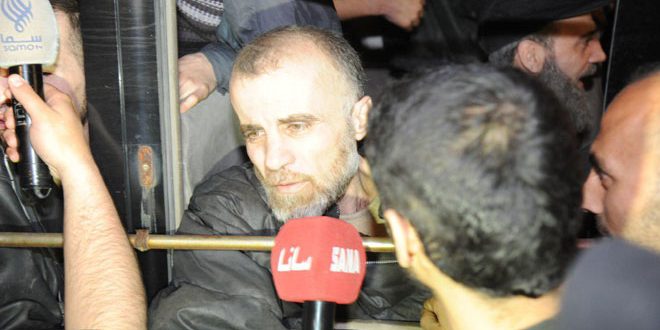 Syrian Arab Army units freed 28 abductees who were held by the armed groups in the central part of the Eastern Ghouta in the Damascus countryside.

SANA's reporter in the Arbin corridor said that 28 of the abductees were liberated on Monday and then taken to one of the hospitals for a general health check-up.

A number of liberated detainees thanked the Syrian Arab Army, stressing that they were always confident that the army, despite the passage of years, would come and free them from the hands of these takfiri organizations.