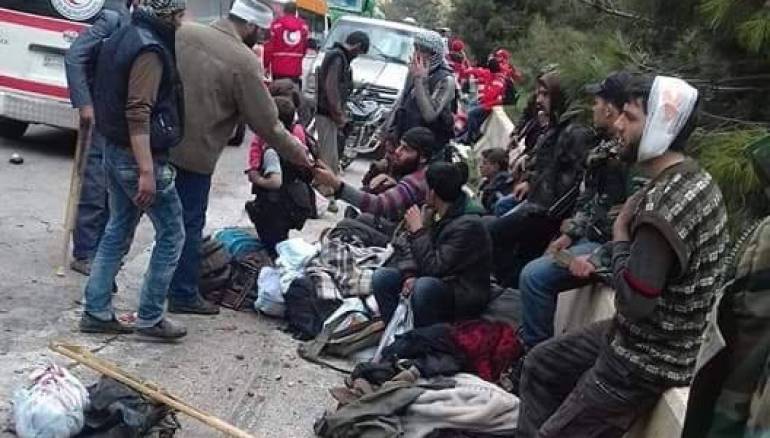 Eight displaced people from Eastern Ghouta were killed Saturday when their bus collided with a vehicle on the interstate highway near the coastal city of Jable, regime media said.

Three civilians (a father, a mother and their daughter) from the Lattakia province were killed in the accident.

The regime changed the evacuation route for some convoys to pass through loyalist areas to show off ‘victory’.

On Saturday, the 11th convoy carrying civilians and opposition fighters from Eastern Ghouta arrived in the central-western province of Hama.

Saturday’s convoy was made up of 129 buses carrying nearly 6,400 passengers, including injured people, medical patients and several opposition fighters, according to the Anadolu news agency.

At least 43,000 people have been evacuated from Eastern Ghouta since the evacuation process began on March 22.

Evacuees are being accommodated at temporary refugee centers – and at local schools and mosques – in Syria’s northwestern Idleb and Aleppo provinces.

During the journey to the north, some buses also had an accident near the capital, which caused the death of five people, according to Anadolu’s correspondents.

On Feb. 24, the UN Security Council unanimously adopted Resolution 2401, which called for a cease-fire in Syria – especially in Eastern Ghouta – to allow the delivery of humanitarian aid.