One woman was sentenced to three years hard labour after taking her child and fleeing the country, without the father's knowledge writes Al-Watan 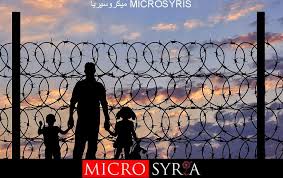 The number of cases regarding mothers and fathers kidnapping their children and fleeing Syria is rising. Criminal courts are issuing severe punishments to the parent who flees and who the courts consider to be a thief.

Criminal courts have issued sentences of up to three years in prison against mothers accused of kidnapping their children, as well as fathers who carry out the same crime.

A father brought a suit against his wife, saying that after he returned home, he found his wife had fled the country after stealing his money and taking his children without his knowledge. The defendant did not attend the court hearing, and the court sentenced her in absentia to three years of hard labor.

In another case, a father kidnapped his three-year-old daughter from her mother while the mother was traveling to Turkey to join her husband there. When she arrived, he took advantage of her presence and kidnapped the daughter, knowing that the wife could not leave the country she had traveled to.

After the wife returned to Syria she filed a suit on the charge of removing a minor from their guardian, and the man was sentenced to three years with financial compensation.

A source said that a number of wives have claimed their husbands are missing in order to get legal guardianship of the child, and then the husband comes to the court to file a complaint that the wife has left the country with the child without his knowledge.

The flight of Syrians in large numbers from their country has had a negative impact on society, leading to the breakups of families and the separation of parents, and spouses filing lawsuits against one another.