Following an agreement between the US and Turkey, the YPG has announced its withdrawal writes Etihad 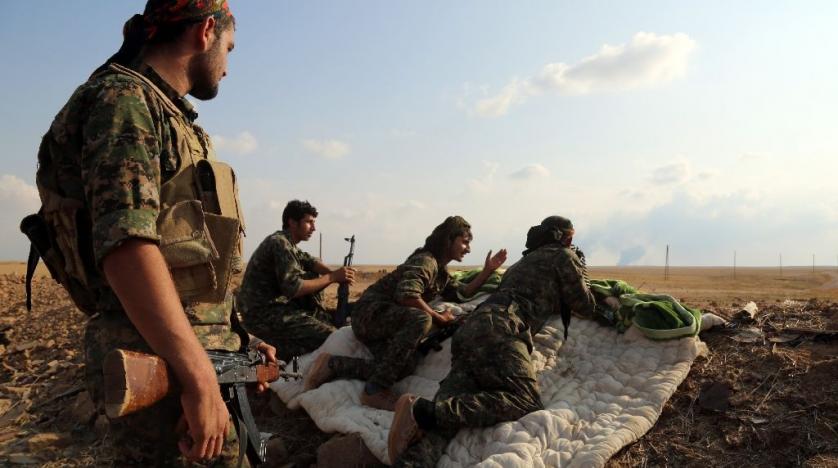 The general command of the Kurdish People’s Protection Units (YPG) on Jun. 5, 2018, published a statement in which it announced its full withdrawal from the Manbij area in the eastern Aleppo countryside, a day after an agreement between the US Secretary of State Mike Pompeo and Turkish Foreign Minister Mevlut Cavusoglu in Washington, which laid out a road map regarding the region’s future. What follows is the text of the statement:

Statement to the Public

Within the framework of our general strategy in the People’s Protection Units (YPG) to pursue and fight terrorism, we received an invitation from the Manbij military council to carry out a military campaign to liberate the city of Manbij from the grasp of the Islamic State in the first quarter of 2016. Based on this call, and in the framework of an understanding with international and regional forces, including Turkey, our forces in coordination with the International Coalition, responded to the call of our people in Manbij and began a liberation campaign on Jun. 1, 2016. The campaign lasted more than two months, ending with victory and the removal of the terrorists from the city and large parts of its countryside, after our forces provided their finest fighters in the war against terror. These sacrifices concluded with the announcement of Manbij’s liberation on Aug. 15, 2016.

After the city was liberated and peace and security was established, our forces announced that matters in Manbij would be handed over to the military council on Nov. 16, 2016, which was to undertake the protection and defense of the city. Our forces withdraw from the city, with an official, open statement, including a military procession that was broadcast on television and other media.

To our people and the public in Manbij, we say that our sacrifices there were part of our duty to liberate it from the clutches of ISIS, who pose a threat to all humanity. Continuing our duty, we send a message to the whole world that we are continuing to pursue terrorists and defeat them and spread peace and reassurance in the liberated areas. Similarly, we affirm that our forces will respond to appeals if needed to provide support and assistance to our people in Manbij whenever necessary.

General Command of the YPG