French historian Nadine Meouchy argues that in the last century minorities in Syria failed to participate in national building efforts and that they must choose democracy over dictatorship if they want to avoid becoming "the gravediggers of their own destiny." 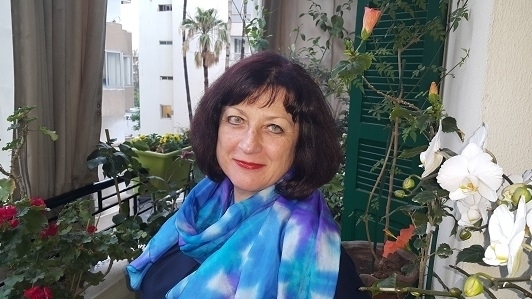 In a recent conference in Beirut* you argued that in the Near East, mainly Syria and Lebanon, minorities have been an obstacle to national unity. Can you elaborate?

The last century saw for the first time in the history of this region the accession of two minorities, the Maronites and the Alawites, at the head of two legitimate modern states, and the domination of another, the Shiites, of one of these states. After acceding to power, these minorities did not attempt any national building effort; rather they tried to consolidate their domination on the state institutions – in the case of the Shiites and the Alawites this has also included taking over the security apparatus. These countries, where there is a clear gap between the official discourse and the practice of the State, have all ended up in civil wars.

Don’t you think that this is a consequence of the minorities being historically victims of persecution and discrimination by the Sunni majority?

That is a historical shortcut and is therefore inaccurate. To start with, let us remember that in “Ancien Regime” empires, such as the Ottoman Empire, the Kingdom of France, the German Empire or the Austro-Hungarian Empire, the idea of equality did not exist (equality is a modern concept).

In the Sunni Muslim Empire, minorities were divided in two categories: 1) the Christians and the Jews were entitled to the status of Dhimmis, which bound the State to deal with them within a legal frame. The dhimmis enjoyed their own religious jurisdictions and “personal status,” even though, in practice, the implementation of this status varied across time and geography; 2) the communities considered as religious and political dissidents, i.e. the Shiites, Druze, Ismailis, Alawites and others, which had no official existence within the Sunni empire and who were persecuted at times (for instance, the famous Mamluk expedition led in 1305 by Ibn Taymiyya against Muslim minorities in Lebanon’s Kisrawan). It is not until the Tanzimat (reform measures adopted in 1836 and in 1856) that the Sultan-Caliph announced equality for all his subjects.

However, the fact that massacres occurred is not in itself specific to the Ottoman Empire. The important point is that political modernity started in the Ottoman Empire, under European pressure, with the Tanzimat and that the Ottomans tried, for example in Lebanon, to set up representative “administrative councils” to prevent sectarian conflicts. However, for different reasons, this system did not work. Starting in the second half of the 19th century, the political projects of some minorities, in particular the project of an independent state by the Maronites in Mount Lebanon, reinforced their religious identity and, gradually, started to have a profound impact on how these minorities saw themselves.

Therefore, you do not think that the fear the minorities feel is justified ?

Since the 19th century, most minorities in the Near East have built a contemporary narrative of their own history, amplifying the tragic periods in it, developing the idea of a perpetual persecution and calling for an unending compensation, an eternal revenge on history.

The modern states established in the 20th century, which guaranteed equality to all, enabled eventually the Maronites and the Alawites to have their state. These states could have been an opportunity for these minorities to accept political modernity as well as the terms of a national construction with the Muslims. They did not do so for two main reasons: first because a society of citizens would have led to their disintegration as communities, and that was refused by their political and religious leaders; and because minorities have built their relationship with the Muslims on the basis of an Ottoman culture and memory. To this day, they are suspicious of modern law and legal judicial constitutions, and prefer to rely on the intervention of a strong political power, even when it is foreign (i.e. Bashir II with Egypt, the Maronites with France, and today, the Shiites and the Alawites with Iran). The values of political modernity only bear a meaning for them if it brings along guarantees and privileges.

You mentioned in your conference the issue of a “minority consciousness.”

There is a phenomenon that I think is particularly interesting, which is the emergence of a minority consciousness among many communities in Syria. The fear of these communities of an imagined Islam is intrinsic and deeply rooted but hidden in the depth of their consciousness and memory. One just needed to raise the fears of these minorities and this hidden consciousness emerged. What the regime did was to use sectarian provocations in order to create in return a sectarian answer from some segments of the opposition and eventually, the binary structure in the minority consciousness (the good minority and the evil Muslim majority) was justified. The door to civil war was open.

Going back to the contemporary period, could we argue that Alawites have been privileged compared to other segments of Syrian society since the arrival to power of the Assad family? Does that not explain the support of the community to the regime?

Yes definitely, but the obvious privileges given to the Alawites, as a community and as a region, have allowed a complete control of the Alawite region by the Assad family and have been accompanied by a progressive economic and financial transfer of the country’s resources to the Assad clan and its close allies. Eventually, the Alawite minority has accepted to stand by the regime because it sees it as a guarantee for the community’s own existence. Obviously, the coercive power of one community over the others leads to a radicalization of the latter, at the expense of the construction of any national unity.

Sectarian tensions have been rising in Syria in the last four years together with an increase in people’s identification with their communities. How do you explain that and can we relate it to the rise of radical Islam?

It is important to understand what is happening: first, the still dominant Arab nationalist discourse denying the traditional social identities (religious communities, tribes, families, etc.) should not mislead us: these identities have not been erased and continue to exist; second, since the beginning of the uprising, the regime has tried to exploit the fear of minorities, in particular the Alawites; finally, the appropriation by the opposition of the major legitimizing leitmotiv of the regime, such as the protection of minorities and the promotion of national unity (see, for instance, the slogans of the 2011 demonstrations and the speech of Burhan Ghalioun, the then president of the Syrian National Council, on November 5, 2011) alarmed further the regime, which intensified its campaign to frighten people away from radical Islam.

Now, of course there is a radicalization of the opposition, led in particular by Islamic forces that are ultra-sectarian and, today, supporters of the struggle against the regime come from different ideological backgrounds and it is difficult to say that most of them embody the aspirations of the original Syrian revolution! Of course, this radicalization is mainly the result of the sectarian repression by the Syrian regime – other regional actors (Iran, Hezbollah, al-Maliki) share a great responsibility in this.

Do you think that sectarian bonds are too powerful to enable the reconstruction of a Syrian state in which all citizens would be equals?

In Syria today, while there are different types of social dynamics, including economic ones, the ‘asabiyya or esprit de corps, represents the most important vehicle in political mobilization. This is of course a challenge to a society that should be based on citizenship within the frame of the modern State.

The major question, in my opinion, is not the modern State as such but the model of the nation-State imposed on local societies by the colonial powers after World War I. Syrians today have to imagine new forms of citizenship and of a modern State, in a way as their grandfathers did during the Faysali period (1919-1920) when under the leadership of Rashid Rida, they wrote a constitution adapted to their own social reality and that was considered by some French analysts of the time as promoting a real “representative” regime.

Do you foresee any future for a united Syria and on what basis?

Let us remember that Europeans started to rebuild Europe in 1950 — that is only five years after one of the most dramatic wars in their history. Re-building a united Syria is therefore not an impossible dream.

However, there will be no united Syria if the political leaders, from all sides, keep sticking to the same old discourses: Arab nationalist, minority-centered, Marxist or leftist, radical Islamist, etc. In order to give back to Syria its history and future, everybody will have to accept a democratic State and the minorities will have to make a choice: either accepting that a democratic State is a better guarantee for them than dictatorship or becoming the gravediggers of their own destiny in the Near East.

Building a political future for a united Syria should start with the definition of a Syrian political culture shared by all Syrians. All the elements to be taken into consideration for the national construction of tomorrow’s Syria (anthropological reality, political culture, social culture, historical memory, group’s imaginary representations, the culture of violence and martyrdom), are completely ignored by Western experts and most Syrian intellectuals and politicians. Syrians have to create a democratic political frame on their own taking into account their differences with the Western models.

The major issue is to start thinking of a political representation system that would take into consideration the nature of local society without rooting it in sectarianism and that would give guarantees to all Syrians. In fact, and paradoxically for many, the Sunnis Muslims too want guarantees today. It is worth noting though that the crisis has put aside the previous political and intellectual elites and that a new generation is coming up who has benefitted from the liberation of speech since 2011. This generation is often less ideological than the older one and not yet fighting for a position in the corridors of power. The international negotiators would be well advised to trust more the capacity of these young Syrians to imagine a better future for their country.

*Minorities and nation building: the Syrian example in a historical perspective, Beirut, March 10, 2015

Dr. Nadine Meouchy is a French historian who specializes in the history of Syria and Lebanon. Her PhD thesis was on “The forms of political and communitarian consciousness in Syria and Lebanon during the French Mandate.” She has lived in, and travelled to, Syria for the last 30 years.